We have had some serious trouble with straight trusses in our ceiling...or lack thereof.

I'm assuming it is always difficult to get completely straight walls and ceilings with all that is involved in building a house, but boy howdy these things have sure thrown us for a loop!

The two main areas with problems have been here: 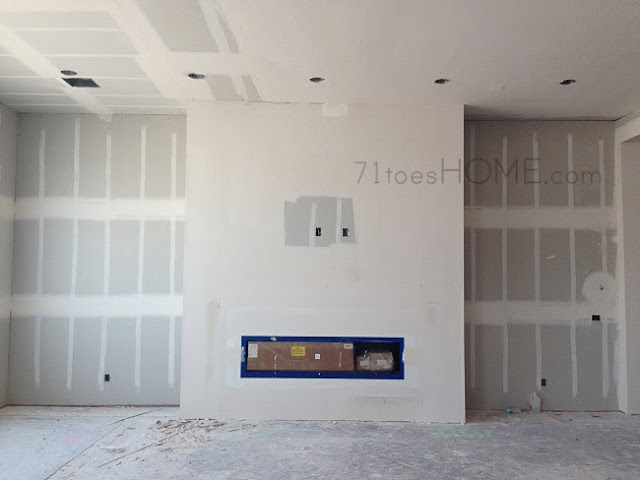 (see how the ceiling goes up higher on the left of that fireplace wall?) 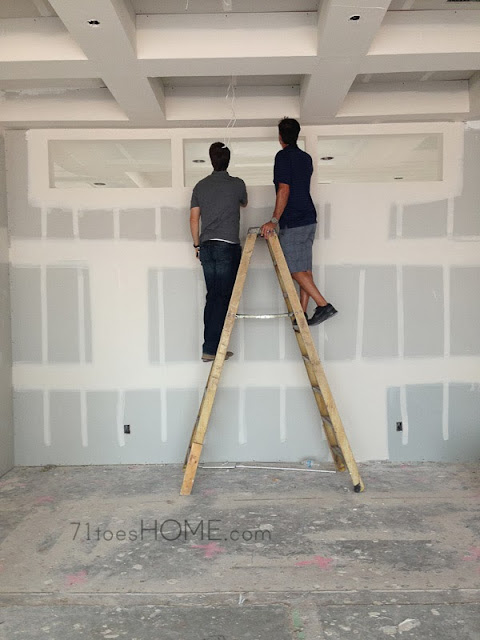 They could NOT seem to get that darn coffered ceiling straight to save their souls.

Which wrecked havoc on getting the transoms straight and trimmed> 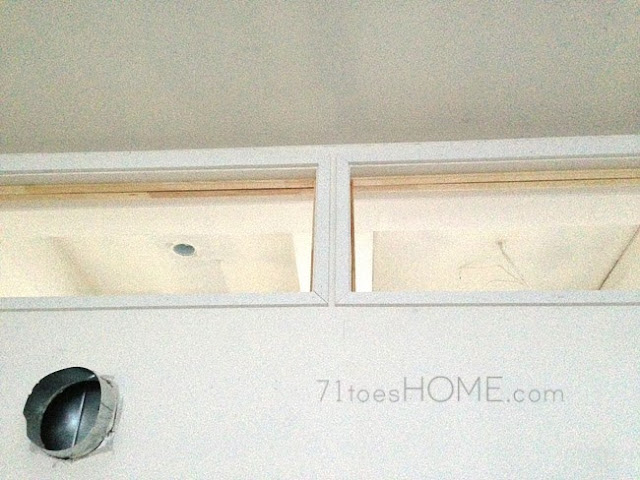 They had to cut into the fresh drywall and hoist this thing up twice. 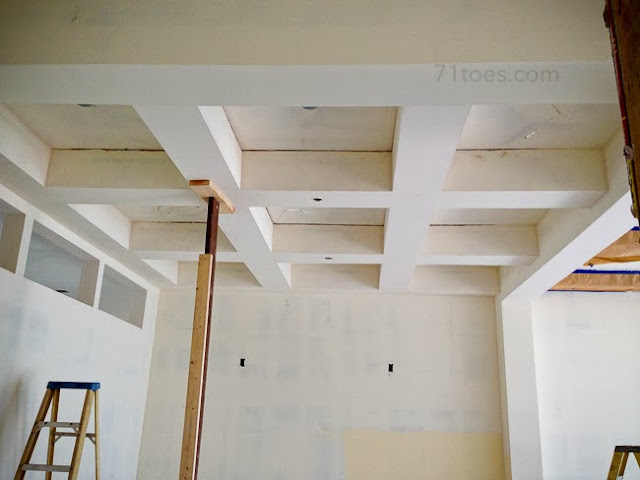 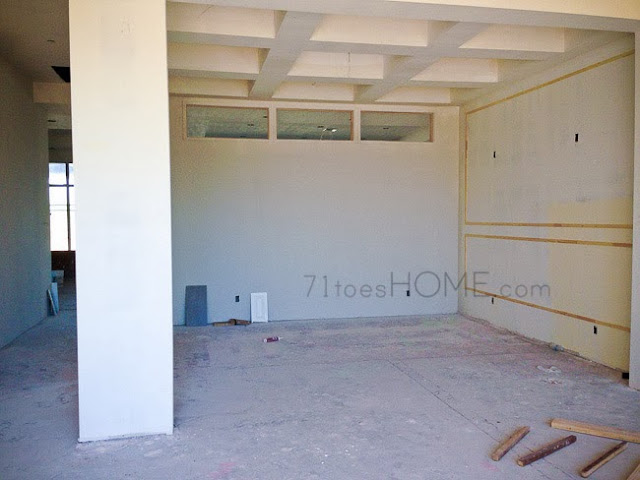 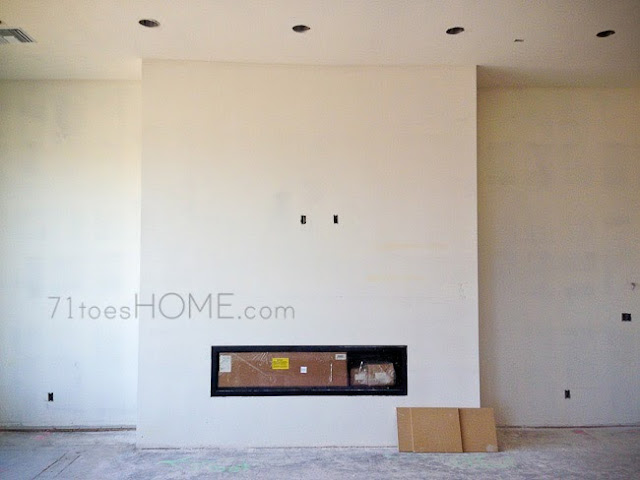 When our trim guy tried to put the trim we want on there he just simply couldn't do it without it looking very fun-house-at-an-amusement-park-ish.

So they came in and cut all that out as well. 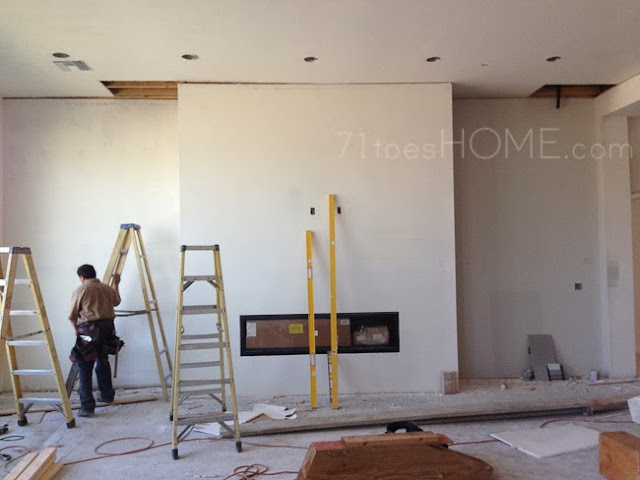 But this one was more labor intensive: 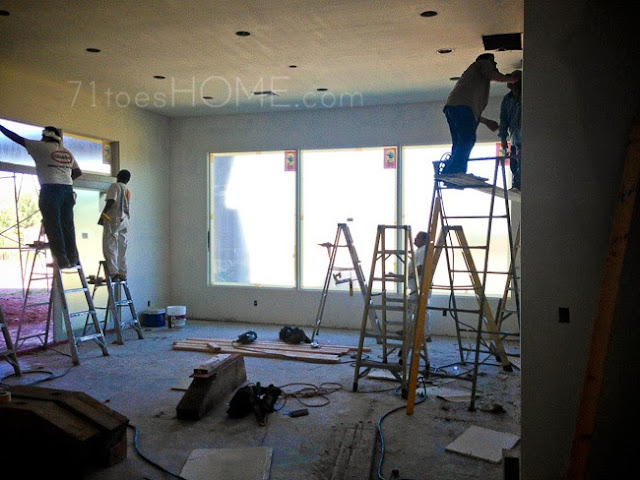 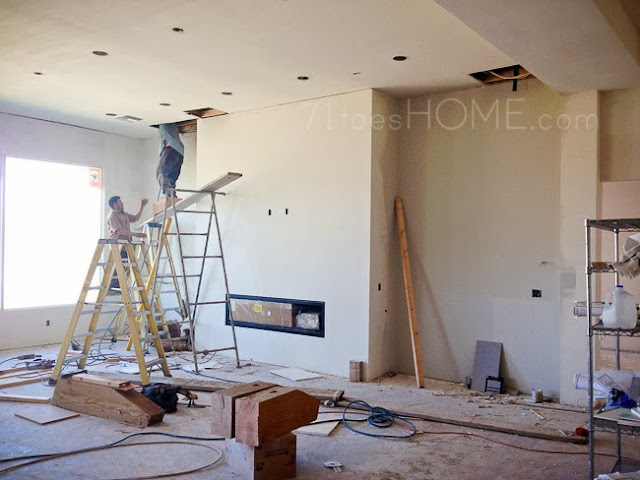 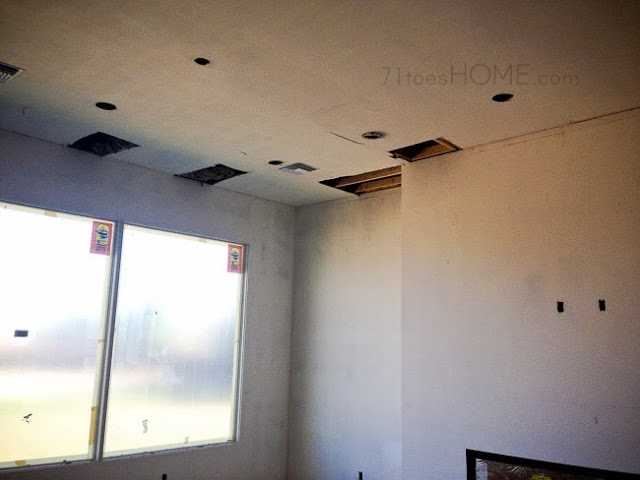 Dave and our builder actually did a bunch of this themselves, because after the framers "fixed" it, the drywall guy wouldn't touch it because pulling it back into place meant a lot of broken nails and cracked drywall so they cut out a huge chunk: 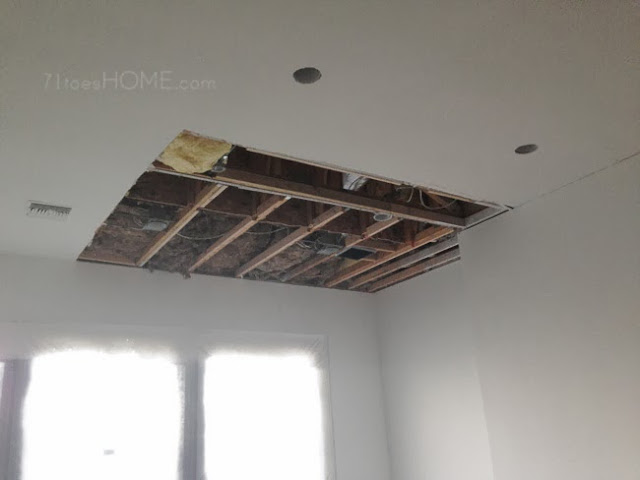 Kind of tough to see when you're REALLY ready to get on to the next phase! 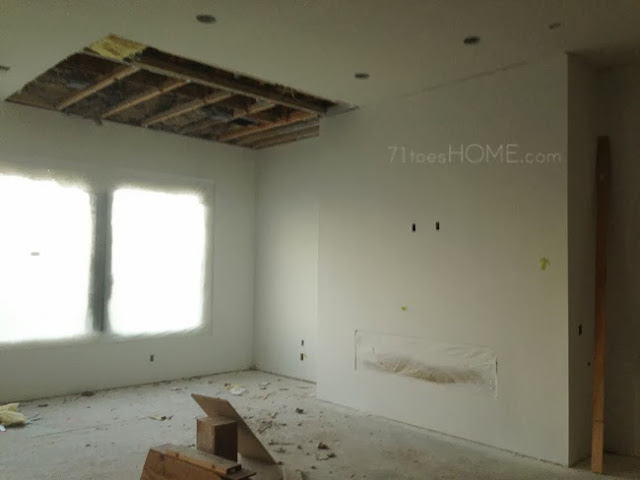 Here it is finally patched up: 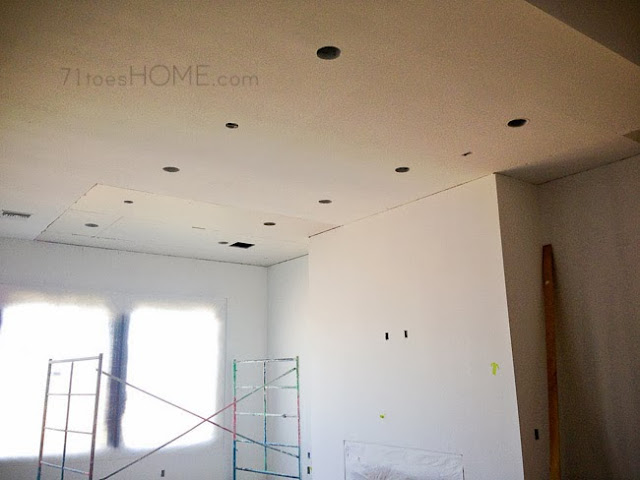 ...and drywalled with the trim that will some day be white: 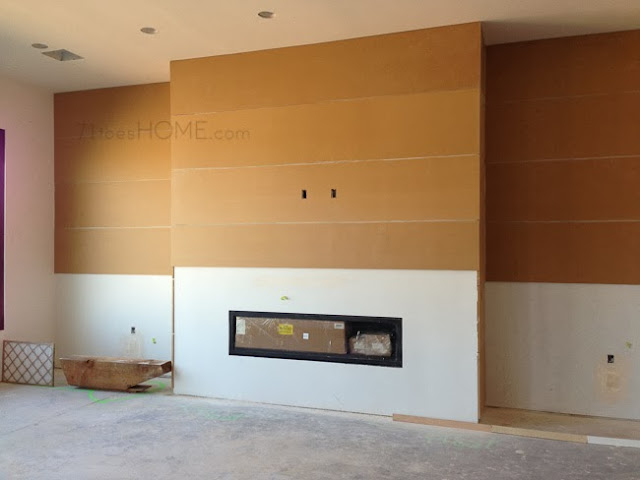 Hallelujah.
Posted by Shawni at 6:17 AM

Email ThisBlogThis!Share to TwitterShare to FacebookShare to Pinterest
Labels: ceilings