Ok so a few posts back I said the family room is the heart of the home, but maybe I'm going to change my mind that the heart is actually in the kitchen.

That's where you hang.

That's where I work with my kids.

That's where I want to teach each of them to bake the most to-die-for chocolate chip cookies and some really healthy things too.

First of all, here are some kitchens I love: 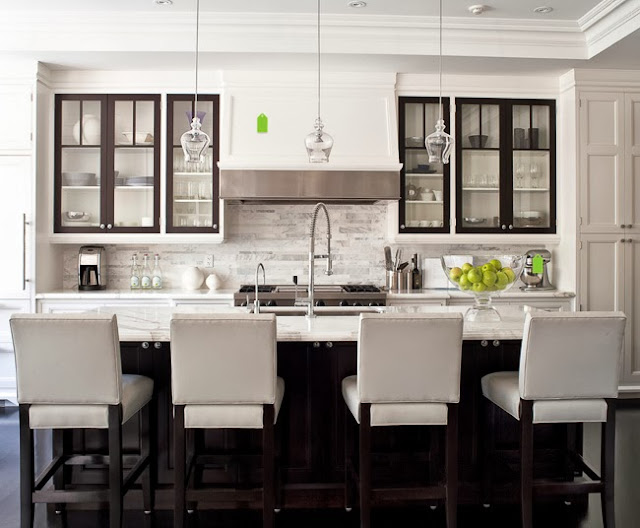 (love the contrasting glass cabinets there) 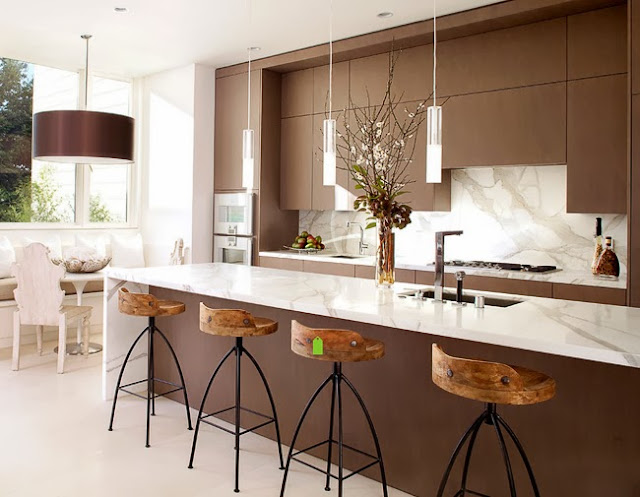 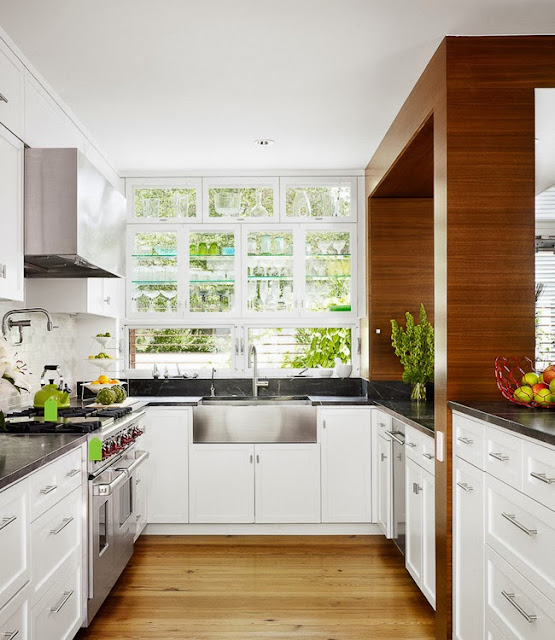 (LOVE how those windows are functional AND bring in so much light, and how they mixed in that wood with the white...drooling over that) 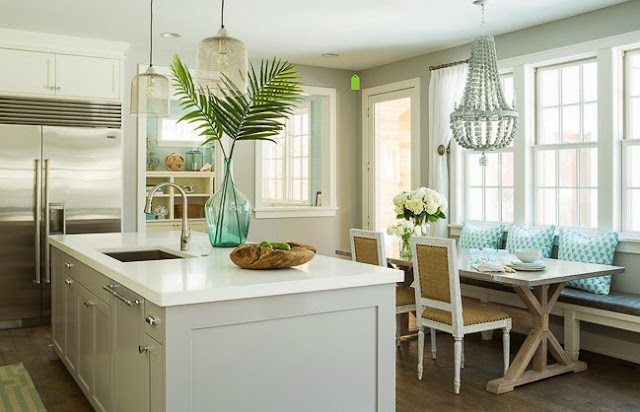 (Something just inviting about that one, not even sure what it is...maybe it makes me feel like I"m at the beach?)

So you can oogle and sigh over all the kitchens on Houzz.com over and over again, but then you come back to what is real and what you're gonna do with it.

Because of the parameters of the remodel, we had quite a bit of space to work with, which has it's pros and cons.  Both walls were moved back because of one thing or another so we had too much space for one island.  I'm not a big huge fan of big humongous islands that you can't reach the middle of.
So we opted for two long islands.

If we had started from scratch this would not be my first pick, but it's going to be pretty cool.
We worked for hours and hours on end to figure out how much space we wanted between each island, where we wanted the pipes for sinks, which side we would want the refrigerator on, etc. 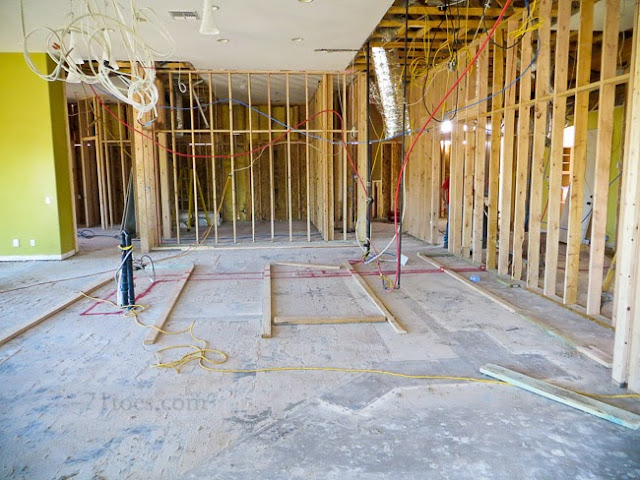 We toyed with which way the islands should face and at one point thought about putting the islands perpendicular to the family room (over to the left above).

But in the end we decided to do something more like this: 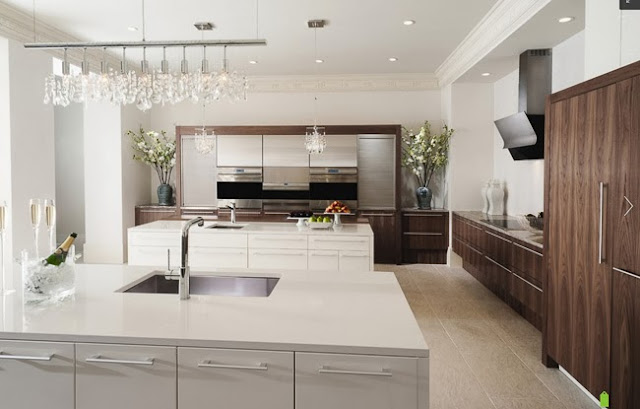 But with a totally different style so I'm not sure why I'm putting that in here...

Here are our make-shift islands as we measured. 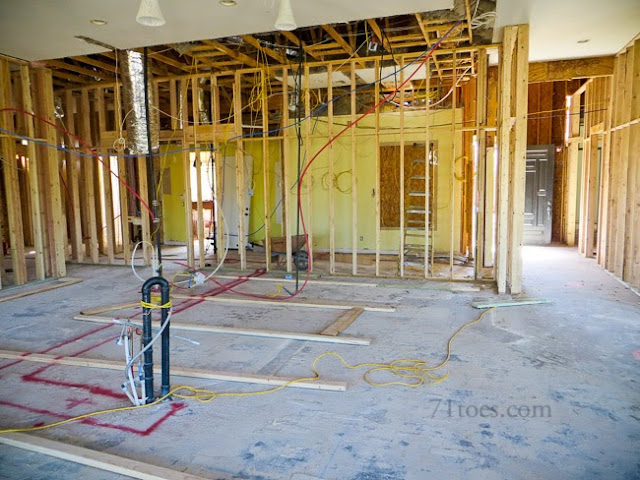 Here's a top view from the plans: 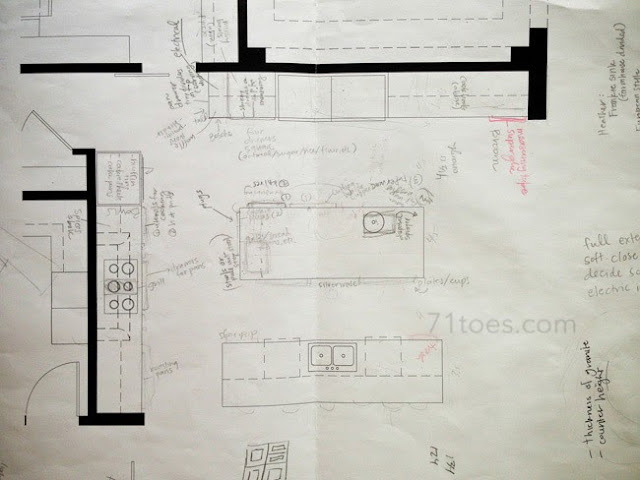 After much more deliberation and council from the Pretty Committee we moved the stove-top from that left side over to the middle, and put the fridge over on the left.

The outer island is meant to end up kind of like this: 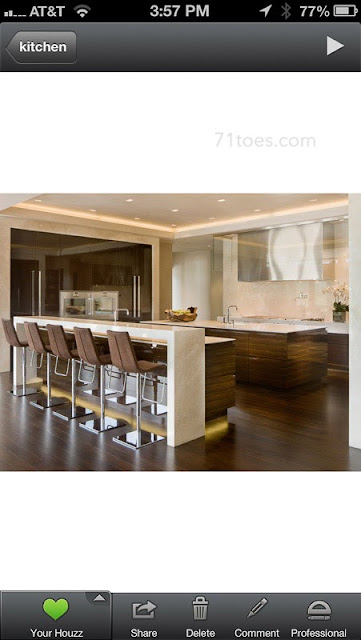 But with completely different coloring and finishes...just so you get the idea.

Because of the two-island scenario and the fact that you have to decide which cabinets you want where WAY before anything else, my ultra organized friend spent hours with me determining where I could put everything so I could lay out the cabinets in the right way. 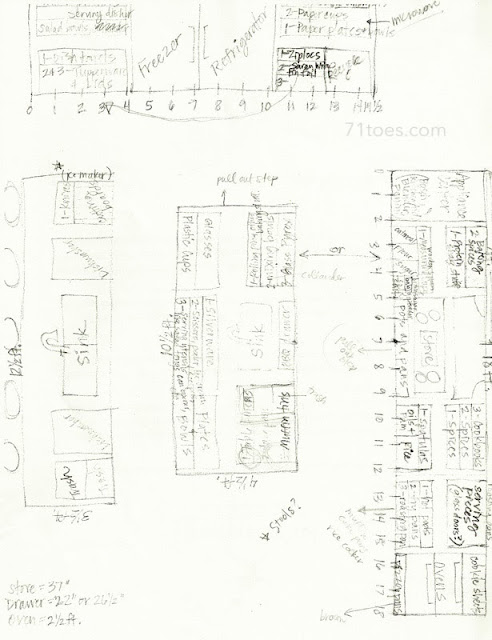 Is that sweet of her or what?

We based a lot of what we want to put where on my cousin Heather's kitchen and organization: 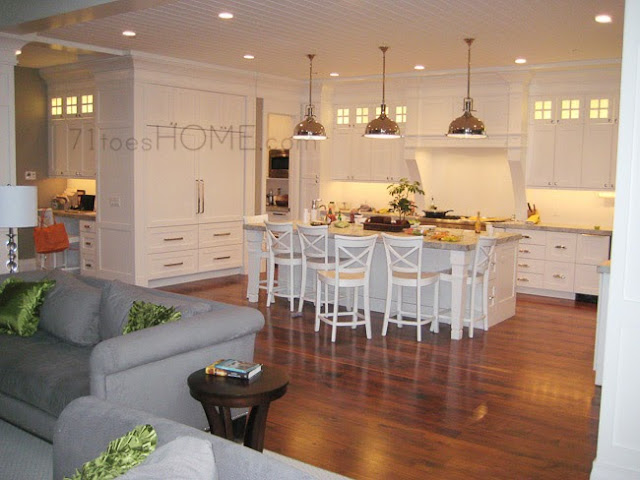 She did such an amazing job in there, even down to this baking center which I love: 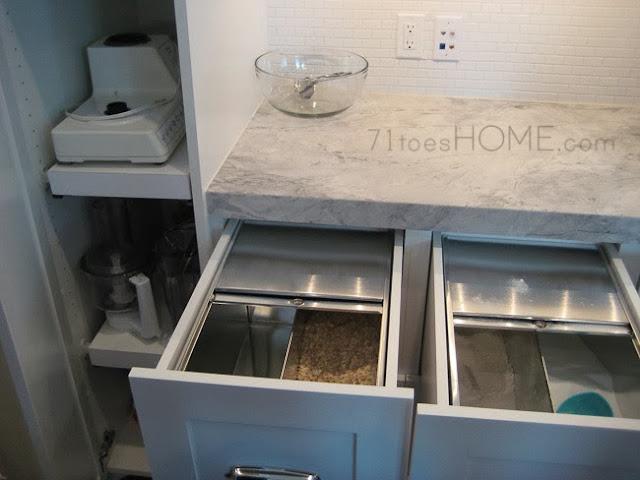 We copied it pretty much exactly.

I HOPE this will all work out.  I do not want to be walking around one island or the other over and over just to make a batch of pancakes in the morning.  And I don't want to be wishing there were a sink some place it's not, or kick myself for dishwasher placement.

But this is the best we could come up with, and so far I think we're gonna like it:)
Posted by Shawni at 2:03 PM

Email ThisBlogThis!Share to TwitterShare to FacebookShare to Pinterest
Labels: kitchen