He lives with a lady who is really quite nuts when it comes to natural light.

The more the better.

The lighting in our new home has been particularly tricky because we're working with what is existing so it's hard to get light to the middle of the home.

I about drove Dave and the architect completely nuts.

Our finished product is going to be great, but I think I'll always wish we could live in a glass box.

Since we couldn't do that, we went to Plan B:  put in as many windows as humanly possible and make them BIG ones.

I dreamt of these kinds of windows: 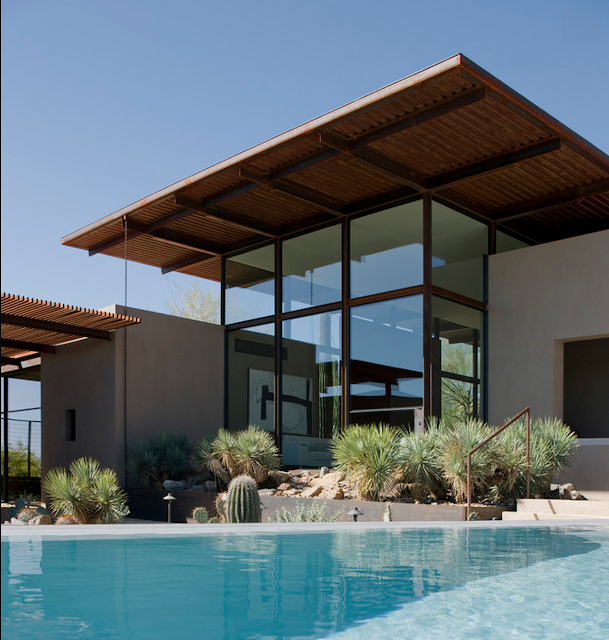 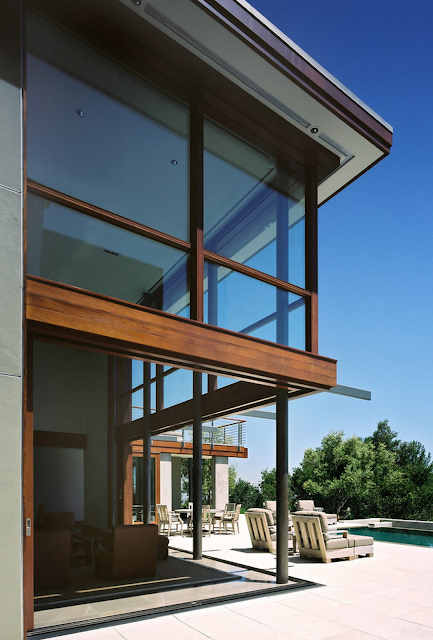 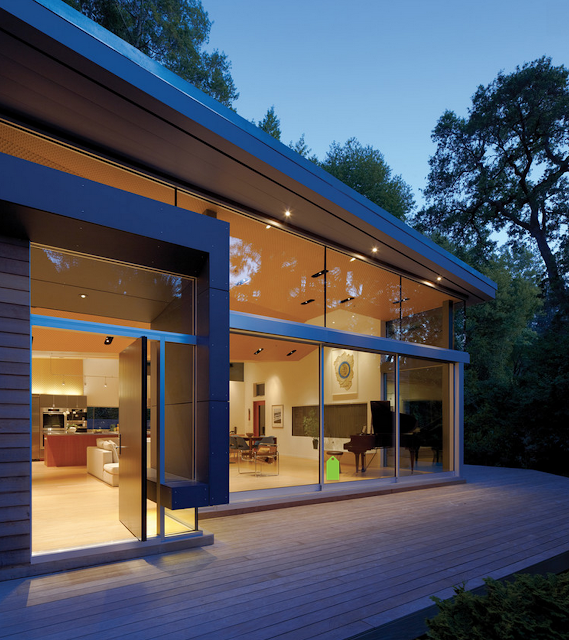 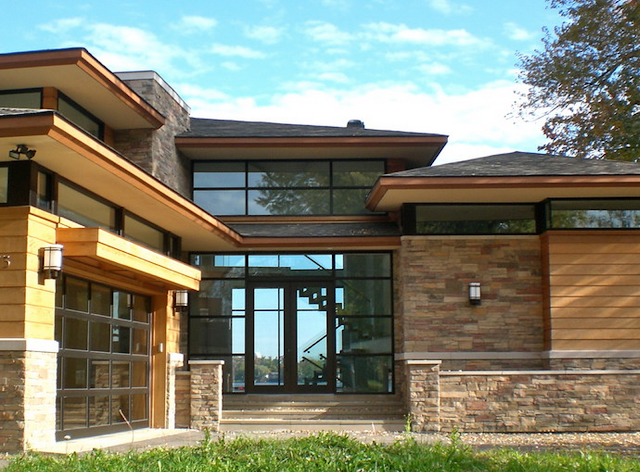 Think of all the light those suckers bring in!

But since those were out of the question, we opted to make the whole front wall glass. 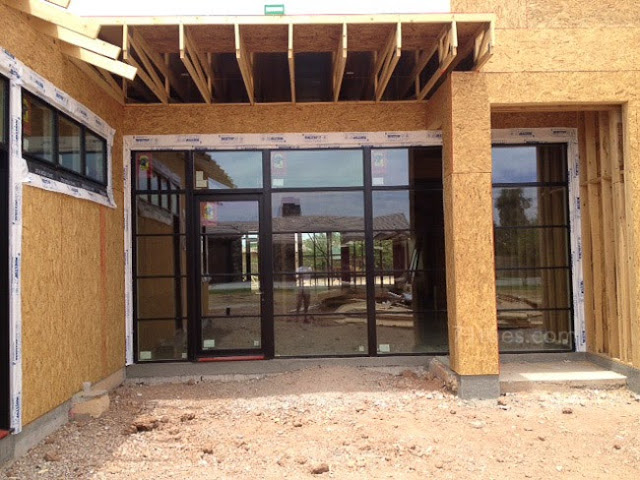 Kind of modeled from this picture from Houzz: 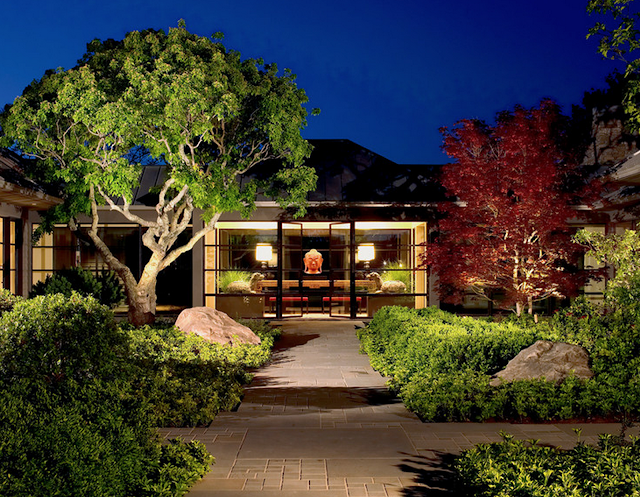 And we made the back family room windows as gigantic as we could, modeled after my friend's family room here: 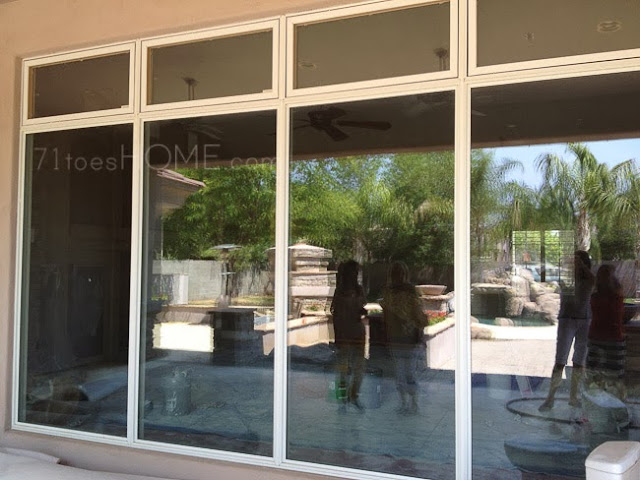 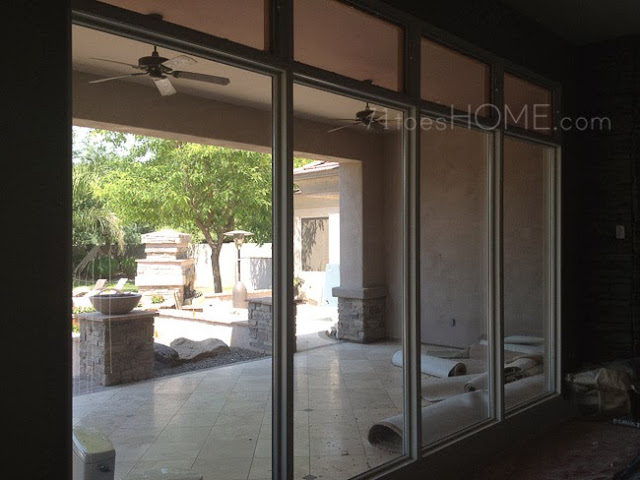 But not quite as big, dang it!

As they made more and more changes on the roof, I kept loving all that light, wishing we could just leave it open: 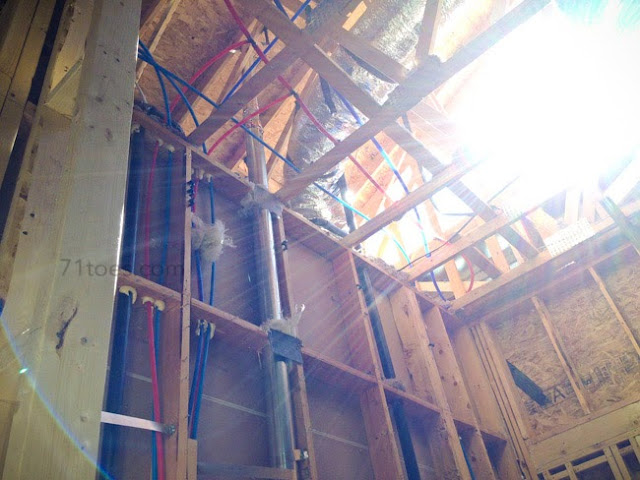 But we opted for solar tubes in some places.
Here we are trying to figure out where to best place them. 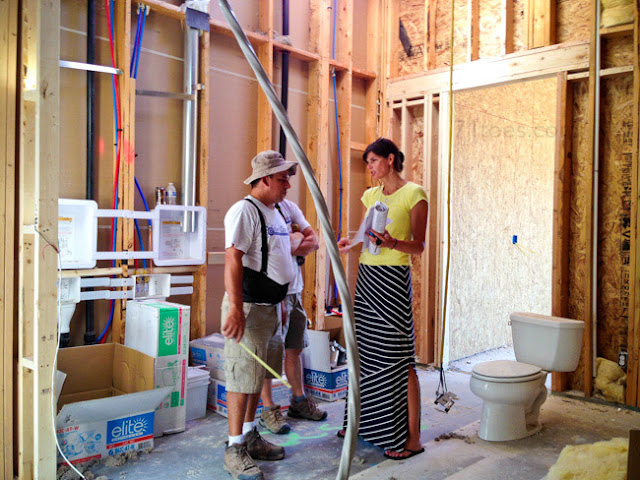 And here's the finished product in the kitchen: 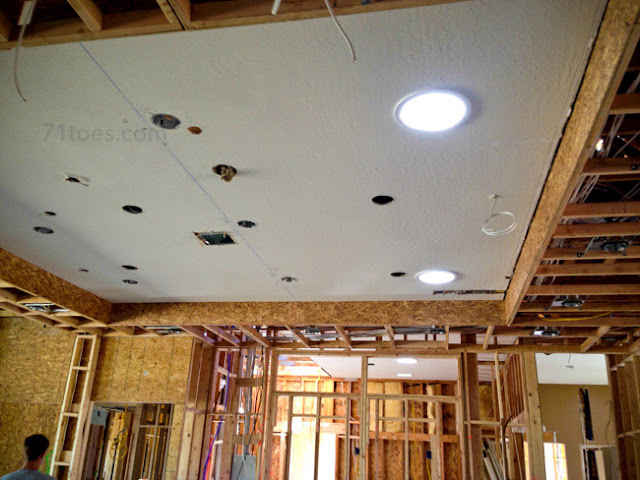 Hopefully that will keep the kitchen light and bright.

We also decided to utilize light from different areas in the house by bringing it in with transom windows.

I sat there and thought this through for hours and days on end.

We wanted to make some windows to bring in some of that light from the front windows into the kitchen from this wall: 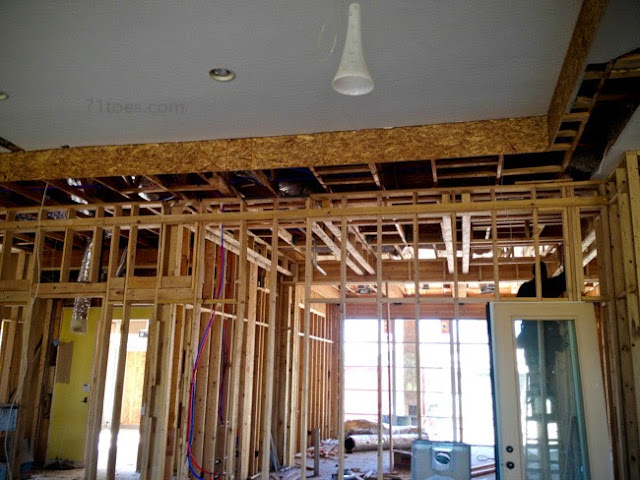 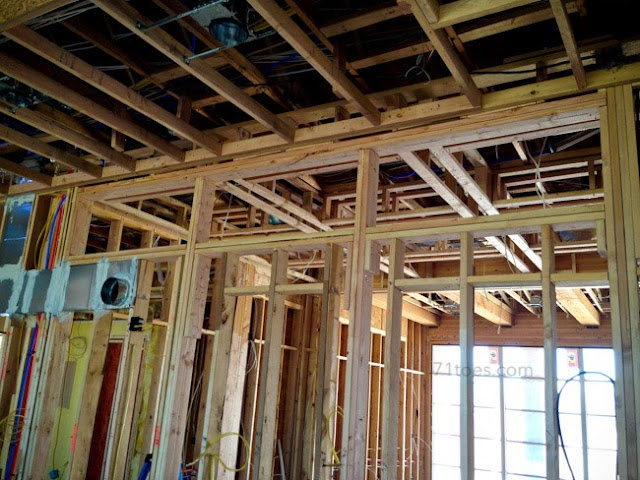 ...and wanted to share light from the kitchen area into the laundry room from this wall: 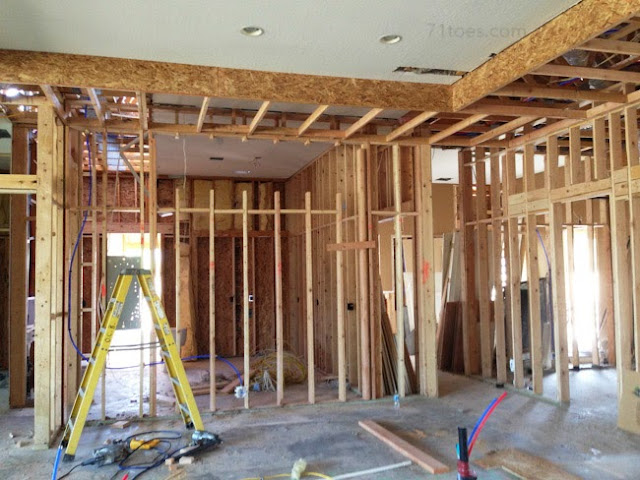 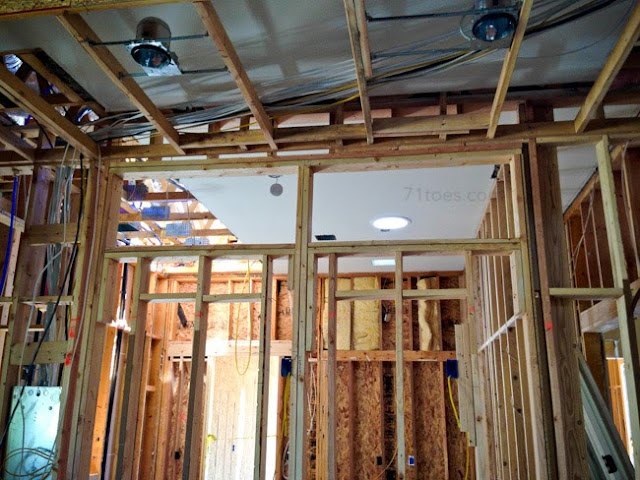 After days (probably weeks really) of mulling this over in my mind, how big to make them, how to center them with all the other walls kind of in the way, how to design the kitchen cabinets to look normal with transom windows above them, I finally decided to go with two on one wall and three on the other.  I told the framer whatever size they came out would be fine, as long as they were all 20 inches tall.  The crazy thing was that they all turned out to be the exact same width.  I think that's because they were meant to be :)

This part was a little tricky too:  We had to figure out how to vent our stove with a window above it.  Our good Ukranian guys helped us out with that venting. 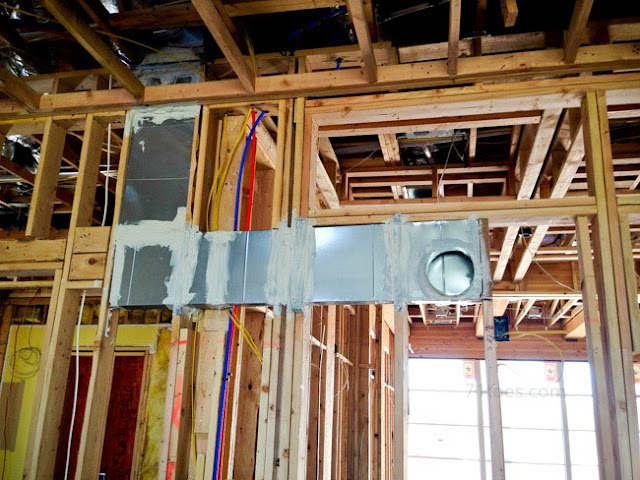 I also wanted to "borrow" light from Elle's new room into the window-less bedroom hallway: 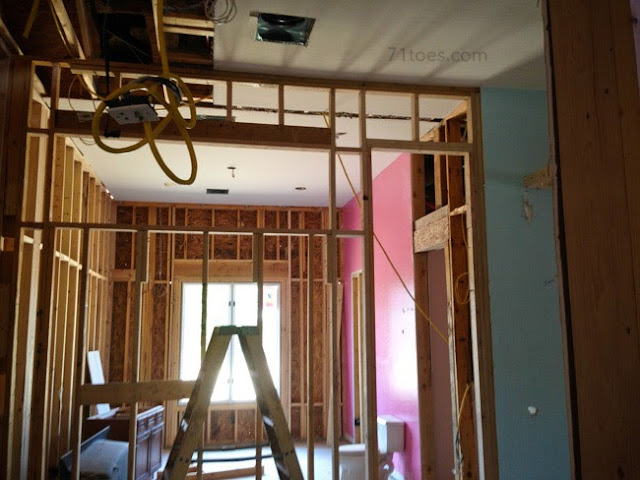 So with a solar tube AND the transom it is SO much brighter in there. 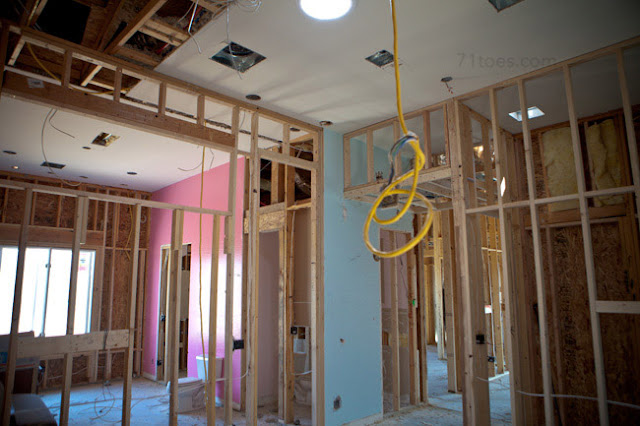 With the light coming in from the transom into the laundry room and the solar tube in there I think that will help our windowless laundry room as well. 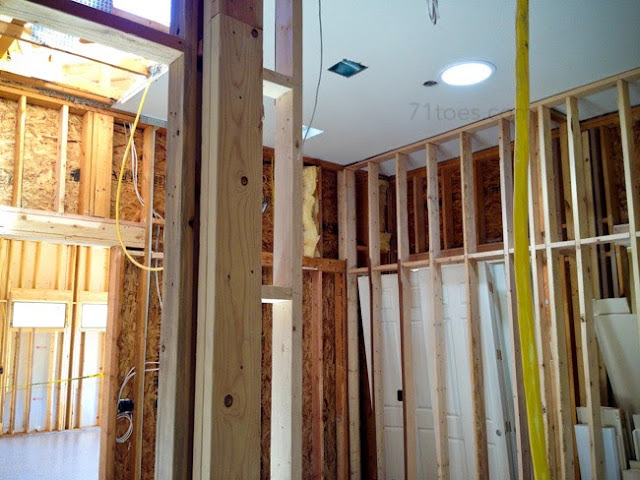 Aside from the natural light, it was a process to figure out where to put can lights.

Boy oh boy that seems like it should be relatively easy, but let me tell you a thing about that:

I stood with the electrician the first day for FIVE HOURS STRAIGHT for our initial meeting trying to figure out where switches would go and which lights they would turn on and how many lights should be centered around fans and how far away they should be so they wouldn't get a strobe effect.  We also had to take into consideration what kind of lighting we wanted in each area (chandeliers, etc.) and how many, etc.

Which I'm sure they won't really be perfectly "right" because how can we know all that right now?

And then once we dry-walled we had to change a few things again.  But hey, I think it'll be well-lit when we get in there which is so important to me and Dave.  We love light.  And Lucy needs light.  So it's all good. 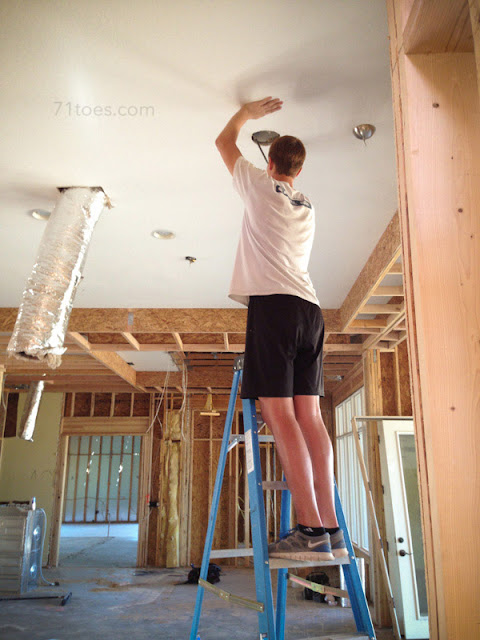 Here's an example of what the electricians would write up in each room to know how to wire things. 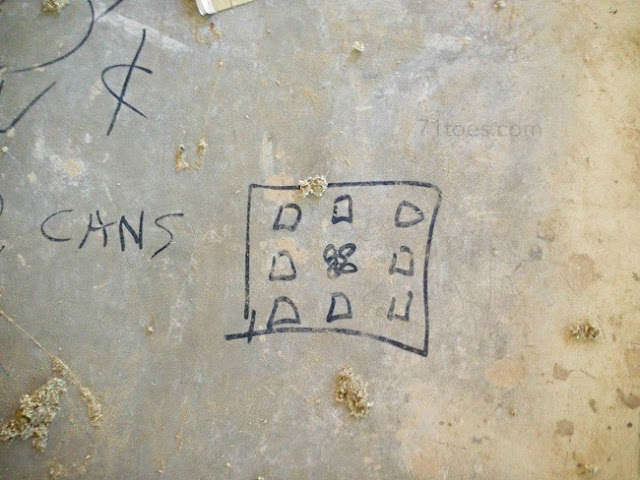 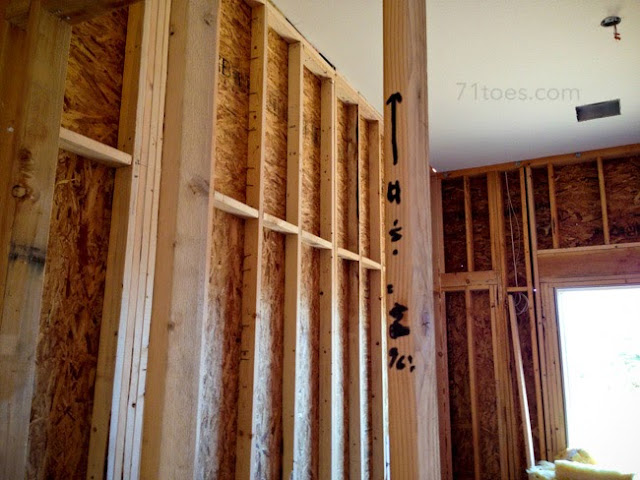 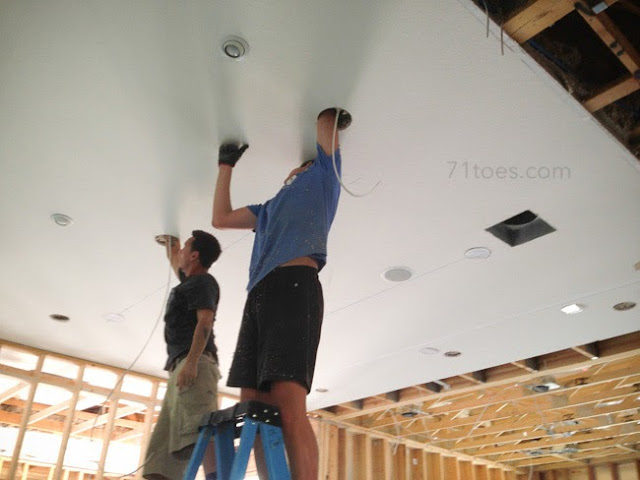 I sure hope he will remember this stuff so he can help with things once we move in and have more changes...


With all the lighting changes this stuff covered the floor: 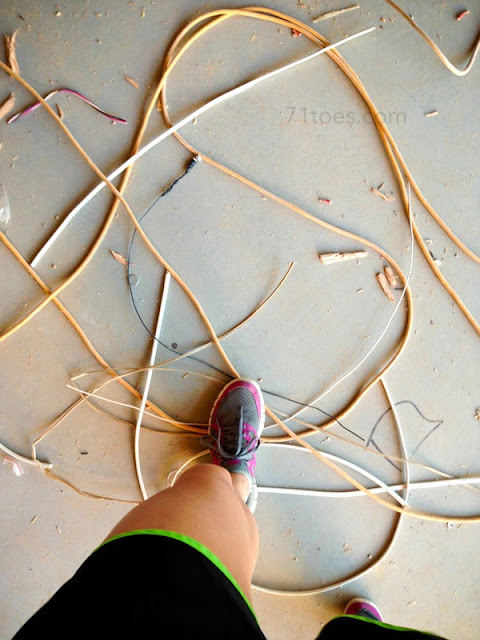 We're thinking of these lights over one of the islands: 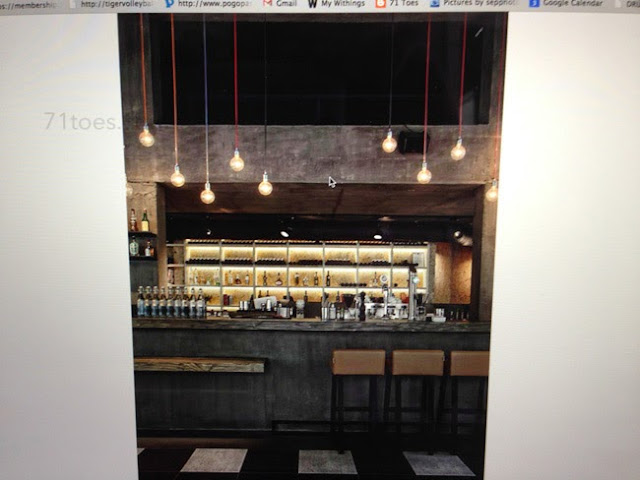 And this one over the main cooking island: 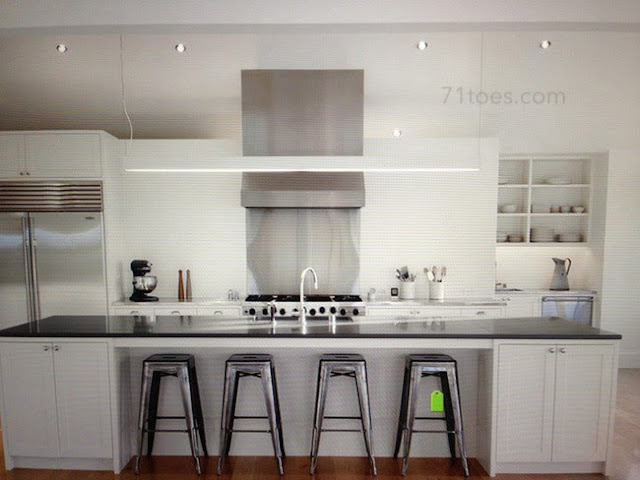 Email ThisBlogThis!Share to TwitterShare to FacebookShare to Pinterest
Labels: windows