After months of walking through walls through the framing process, when we got back from Bear Lake we had insulation. 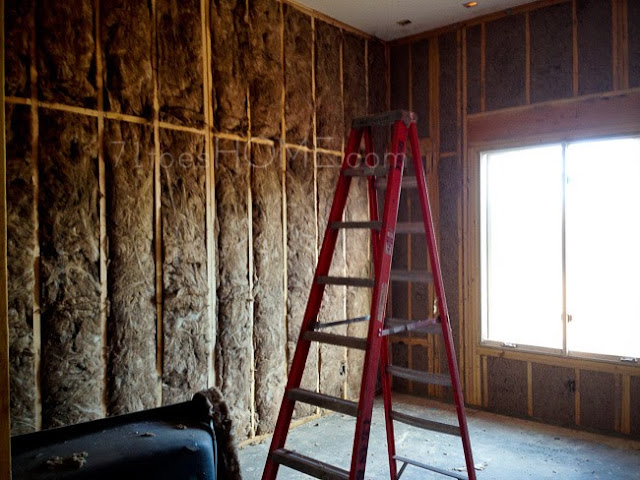 It felt so weird that it was becoming more of a house than just some boards. 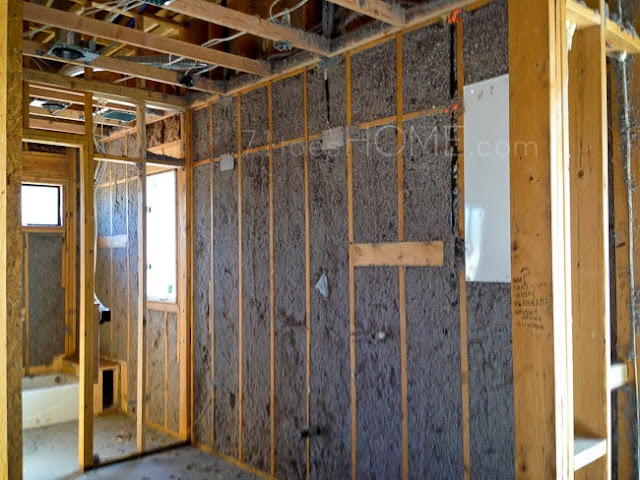 Since Max's summer job (over HERE) involved all sorts of odd-jobs around the house, one thing he did along with the insulation stuff was seal all the floor boards.  This is a horrible picture, but see all that gooey stuff along the bottom? 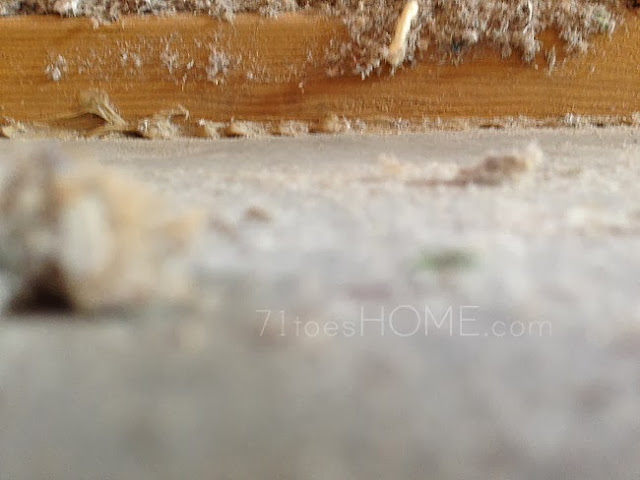 That is to keep scorpions and other not-so-fun desert creatures from creeping into our house.

I sure hope it works!

Here's the living room all insulated: 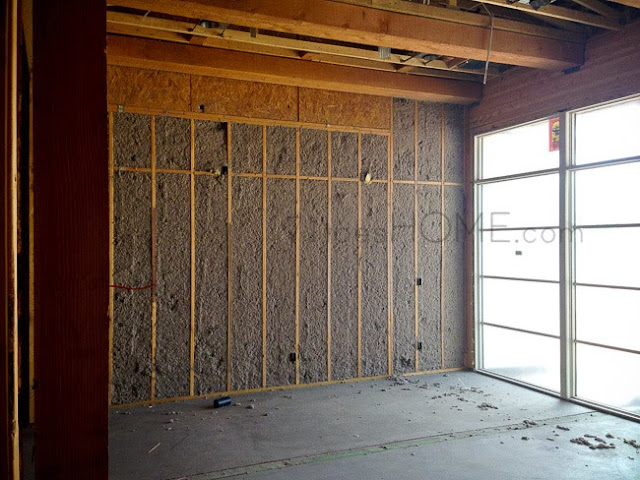 And because our bedroom backs the game room, they had so do some special whiz-bang stuff in there. 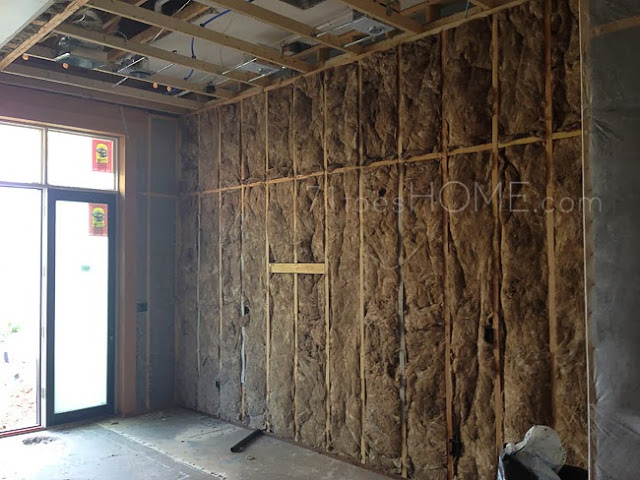 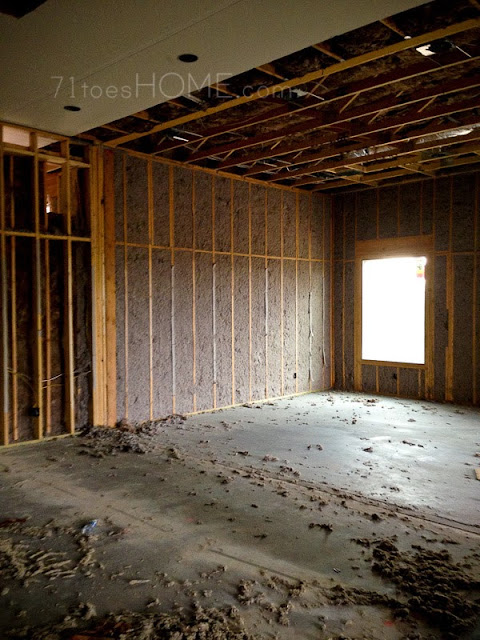 Now that's when it really started looking like a home.

This is the dining nook: 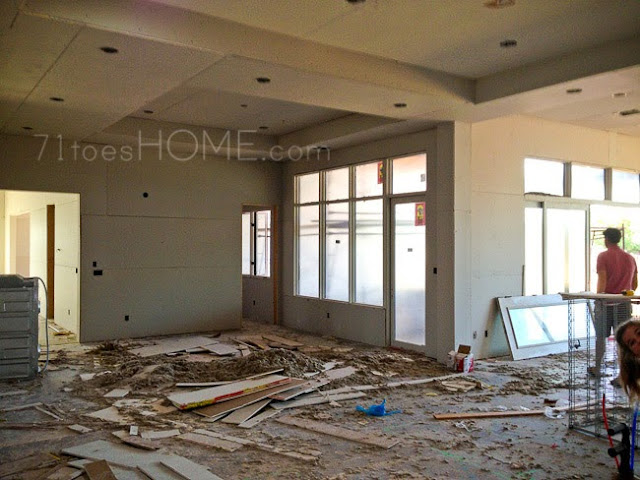 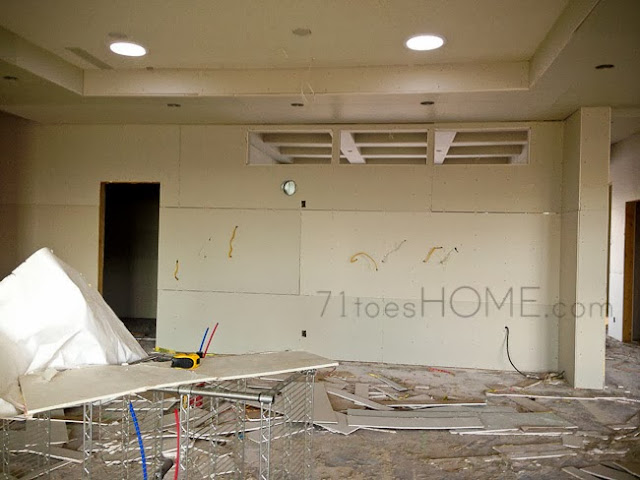 It was fun for me to see those transoms come together after all that hard work measuring and agonizing about where to put them and how big they should be. 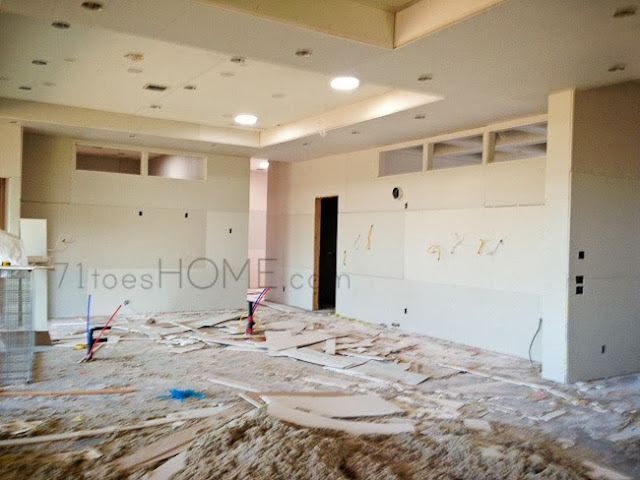 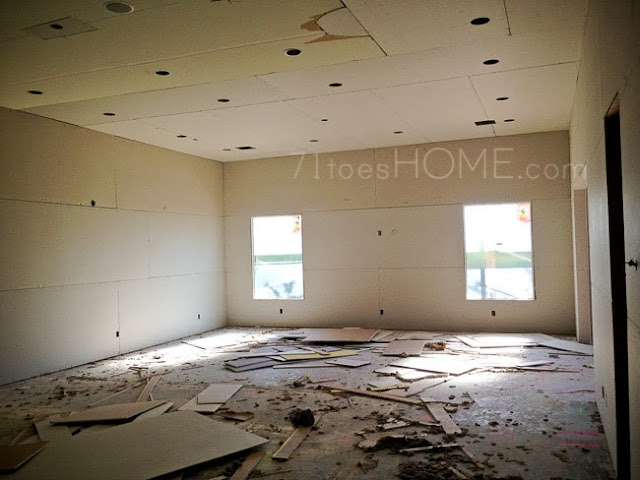 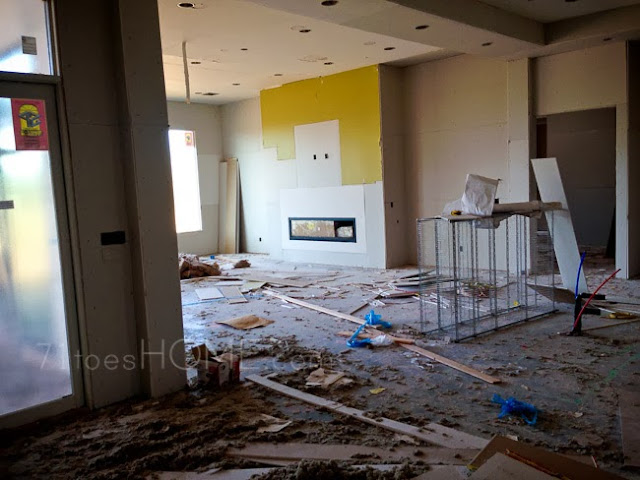 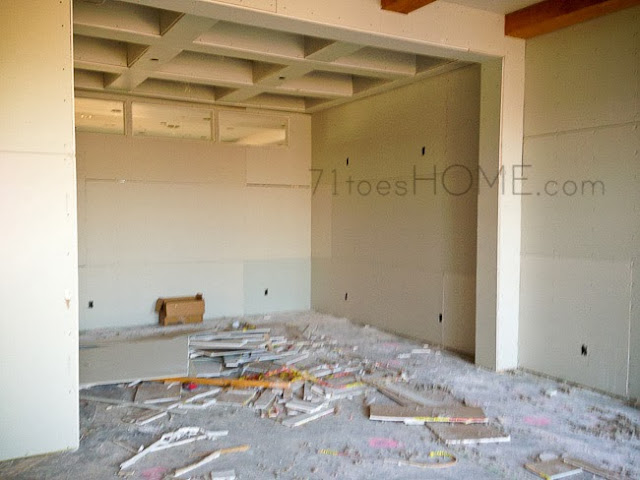 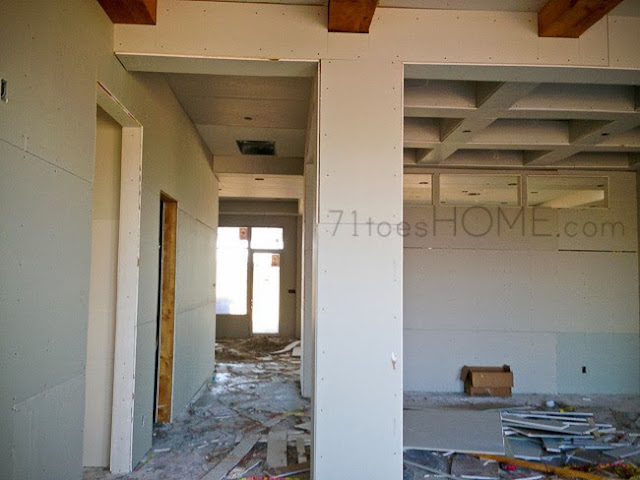 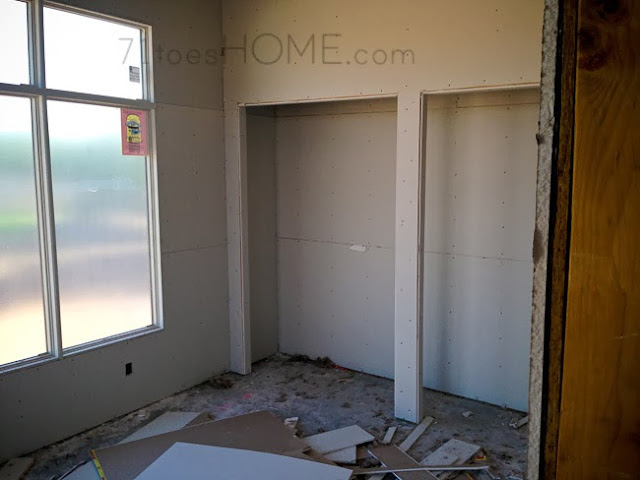 Isn't that a lovely laundry room, complete with a toilet? 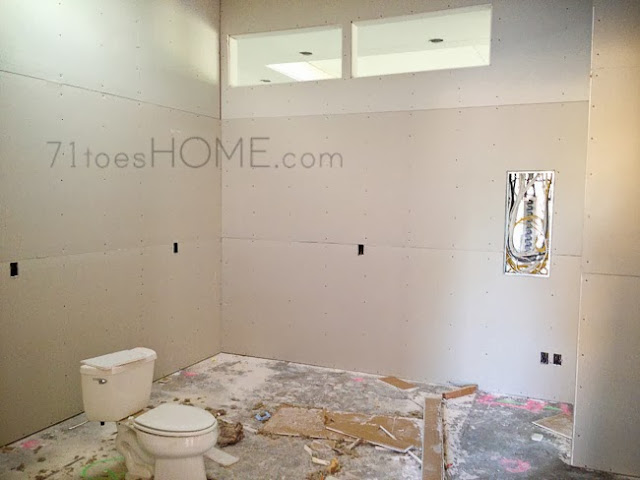 Ha!  We still have quite a few of those things hanging around the site.

Soffits were also such a big strain on my brain (back HERE) so it was fun to see them come together and to really like where we placed them. 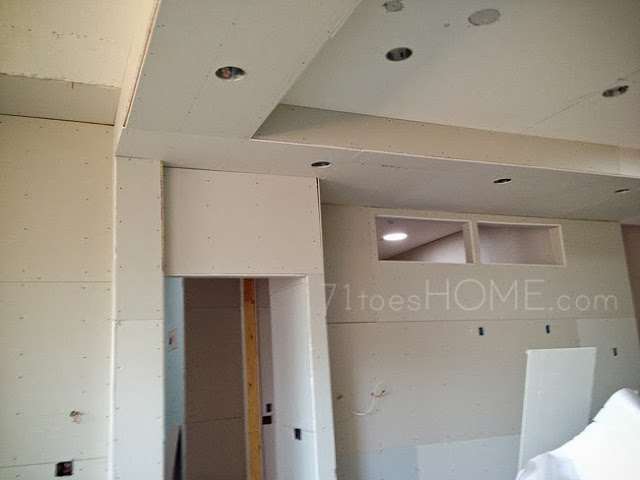 How they installed windows and drywalled around them was dependent on how our trim would be, so we had to decide that ages before.  This window is one that will be painted black and have no trim. 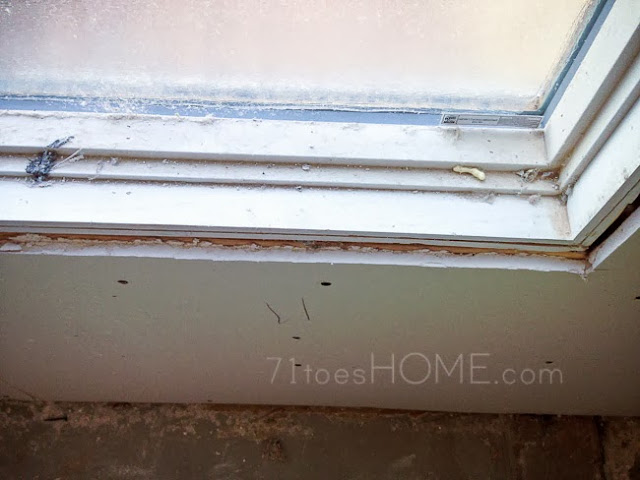 After the initial drywall we got to hang out with these guys for a week or so while they mudded the whole thing. 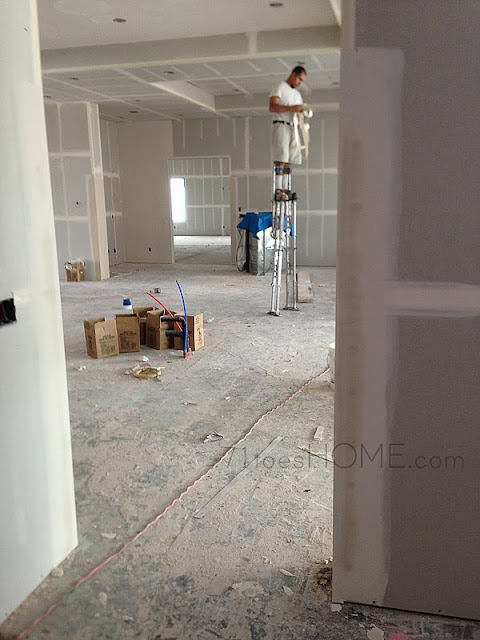 I wish I would have had him pose for me, or that I would have taken a picture of all five or so of them together walking around, but I was too embarrassed so all I have is that shot taken as incognito as possible.

But just imagine them walking around on those things.  They were so cool.  I want some of my own! 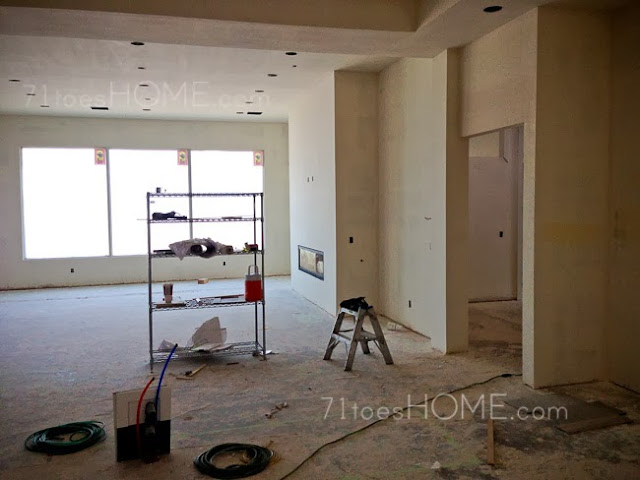 Instead of fancy trim we opted for very plain drywall in most places like this: 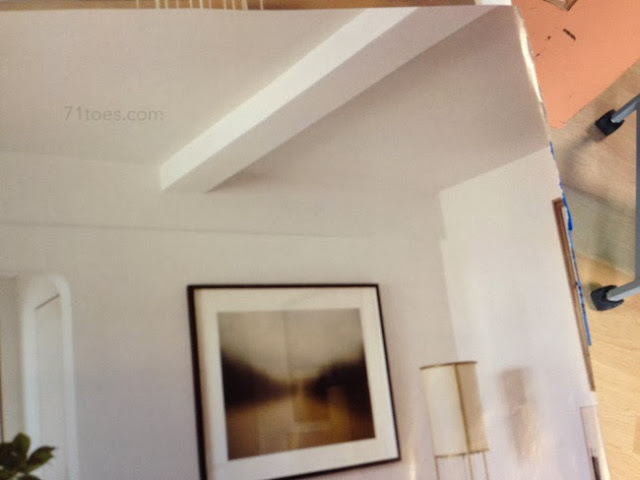 So to watch it come together was pretty cool.

The only problem was that in a moment of sheer heat exhaustion over there one day I had the electricians put lights all along the kitchen soffits: 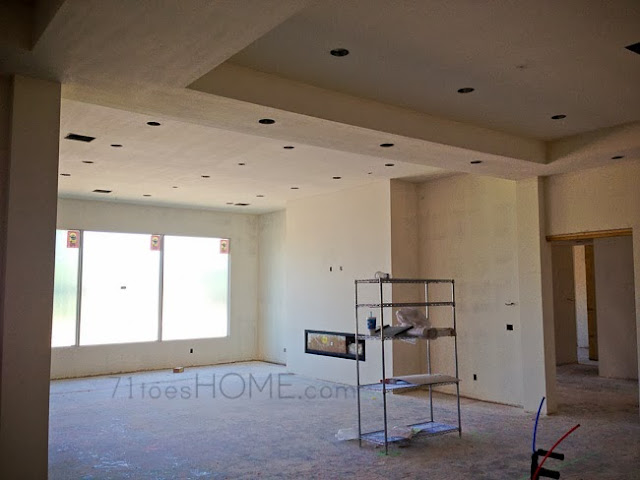 They didn't look right so we had to get the electricians to come back and take them out.

The first of many things those nice electricians have had to come back and do for us!