building love and meaning into the walls

This was originally posted on our family blog, but I figured it
needed to be here as well to help tell the story of our build.

Once upon a time in a hot, hot, hot desert far, far away a family had the opportunity to build themselves a home.

The mother of that family wanted to find a way to make that home special.  To make it theirs.  To invite the spirit into it and to have her children help.

So one day, while she was trying to measure where to put lights and trying to be at ease with the fact that sweat was dripping down her back, an idea popped into her mind.  Maybe inspired by something someone said.  Maybe inspired by the activity she and her family got to do back here.  However that little idea got there, it planted itself firmly into her heart and made those lights and sweat not feel quite so ominous.

She told her family the idea: they were to think carefully of their favorite scripture or spiritual thought and were going to get the chance to write it on the walls of their new home.

But really, whether those children's eyes sparkled in glee or whether it was just a reflection of their mother's eyes sparkling because she was so excited, they sparkled.

The trouble was that the summer was nutty.  There were far too many things going on and that mother couldn't seem to gather that family of hers together for long enough to put her plan into action before the drywall was scheduled to be put in.  So one morning before they left on a trip she packed her middle three girls (the only ones available) into the car along with some fat permanent markers from Home Depot and they set to work. 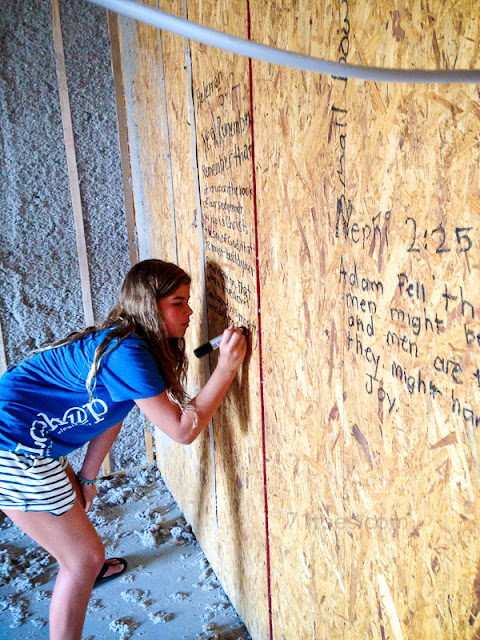 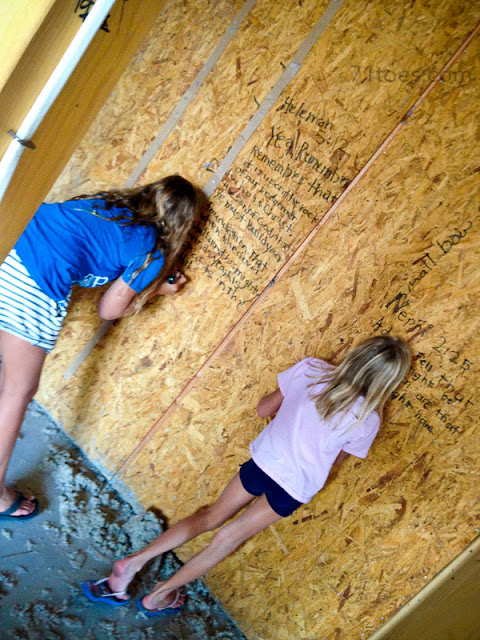 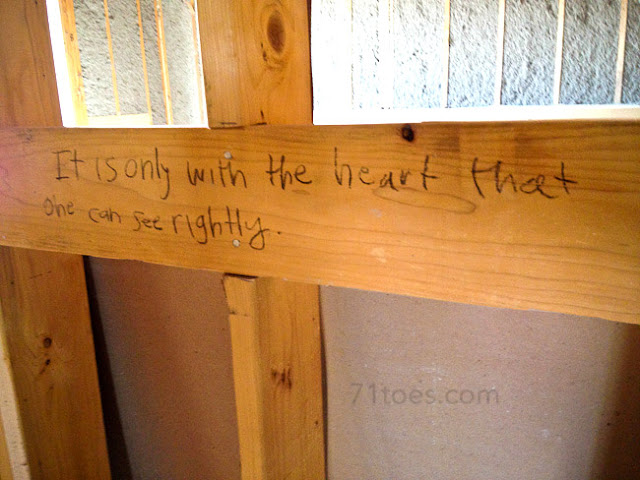 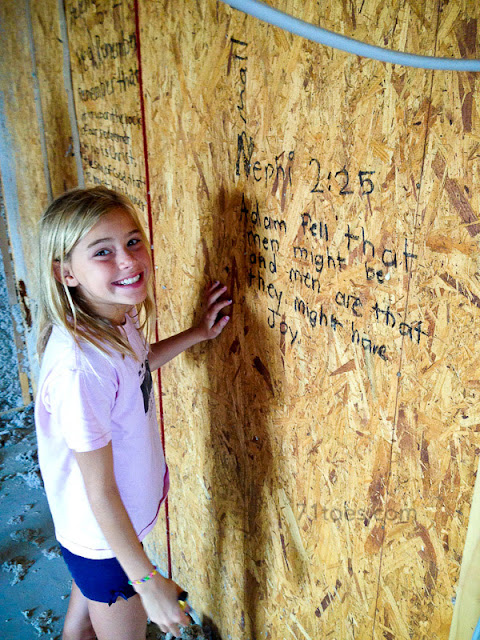 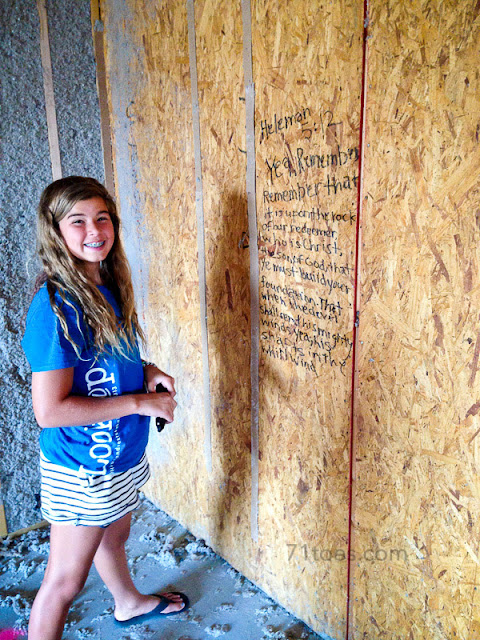 The oldest daughter wrote their family motto on the wall of the family room. 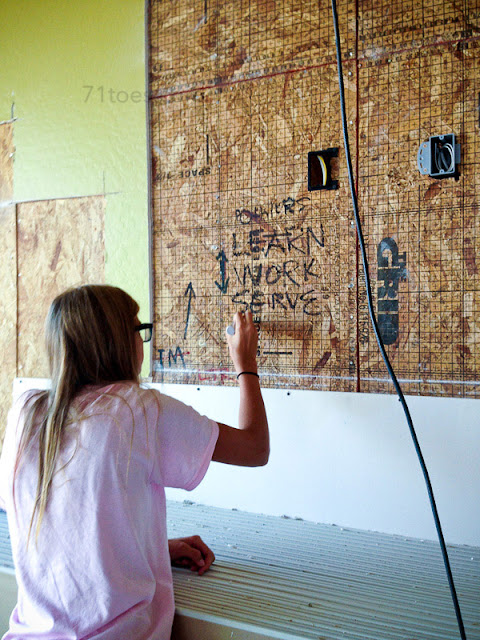 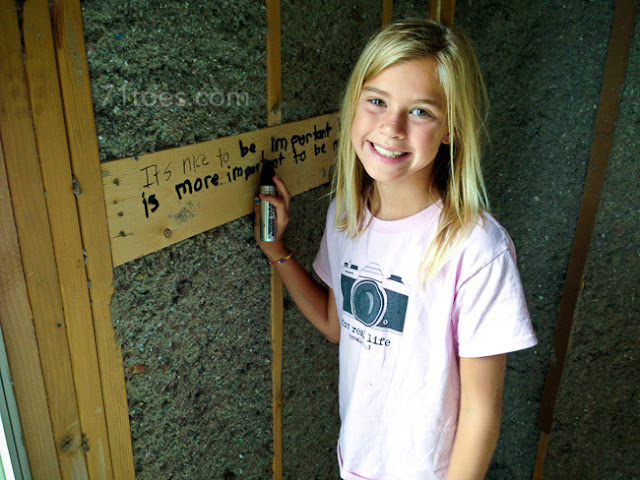 The second daughter's scripture took her a while. 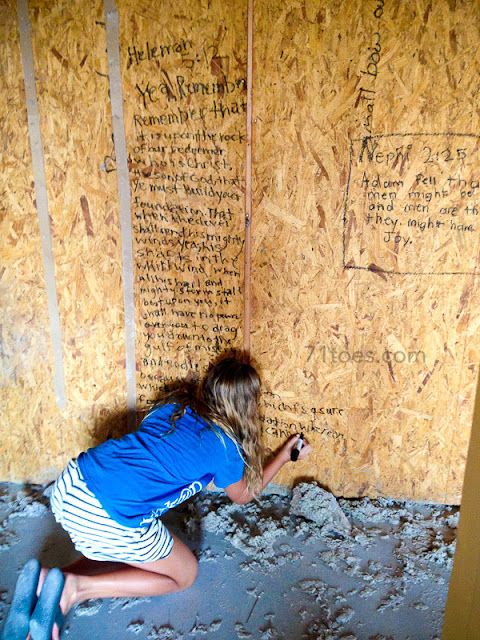 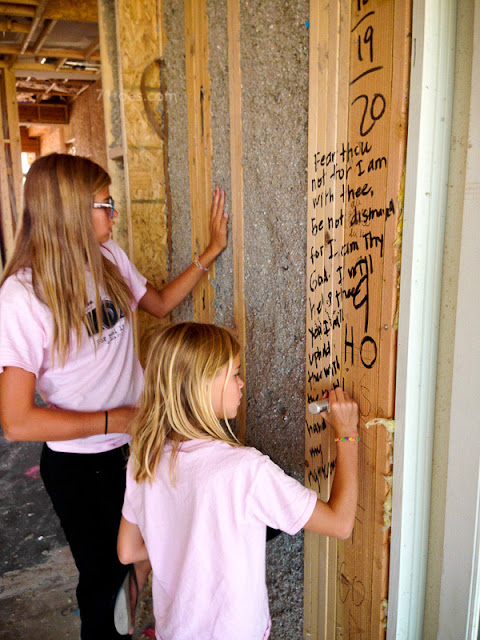 The mother wrote her very favorite as well. 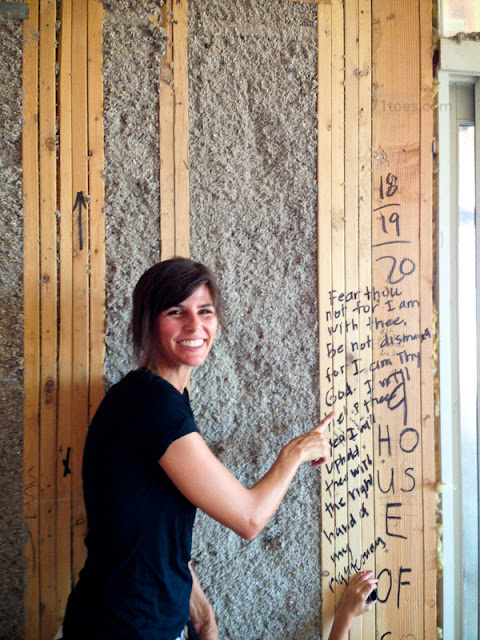 A week or two later when that family could get their act together for Family Home Evening, they visited the house all together and found a few more blank spots on the walls where these who weren't there the first time could add some thoughts. 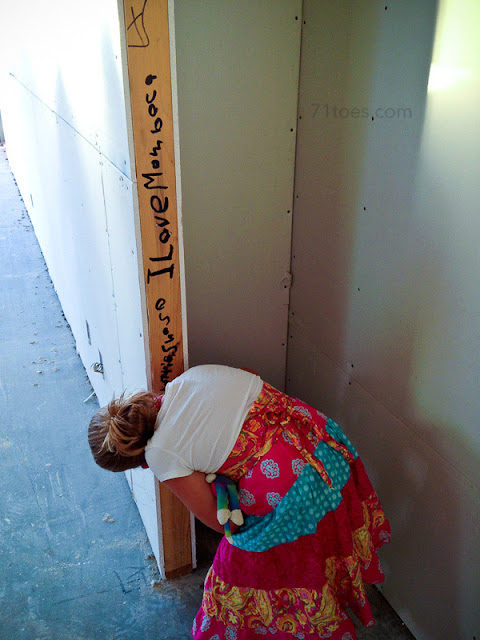 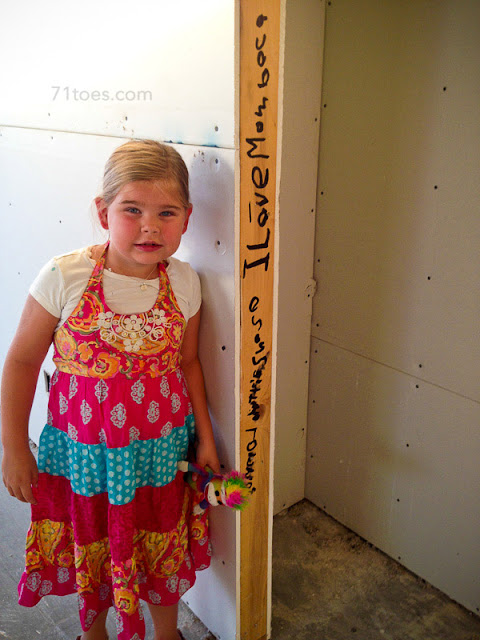 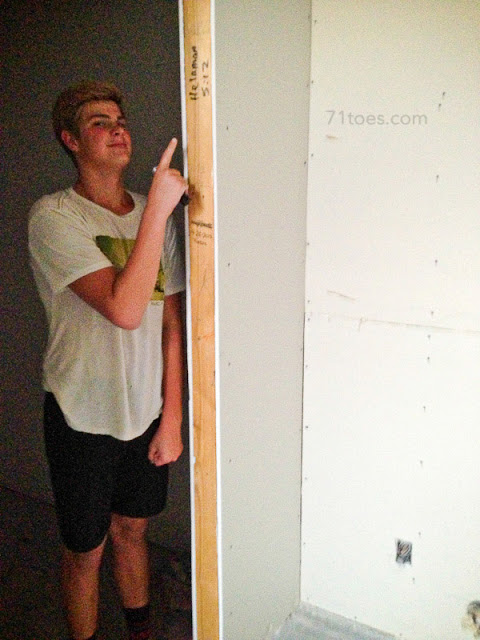 The door to that mother's office: 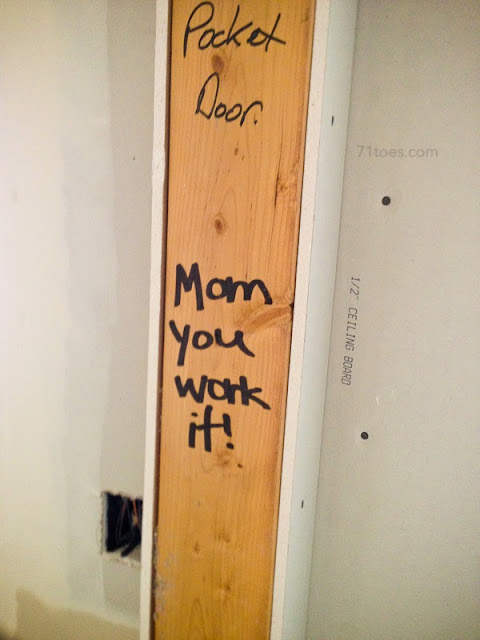 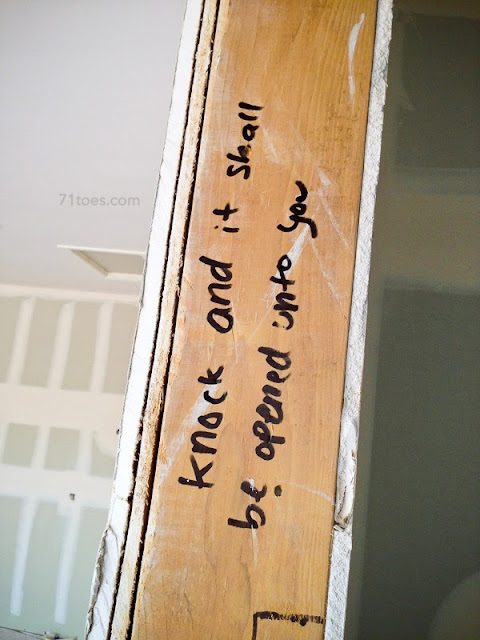 They even added some things from their "organize yourselves" scripture FHE (back here). 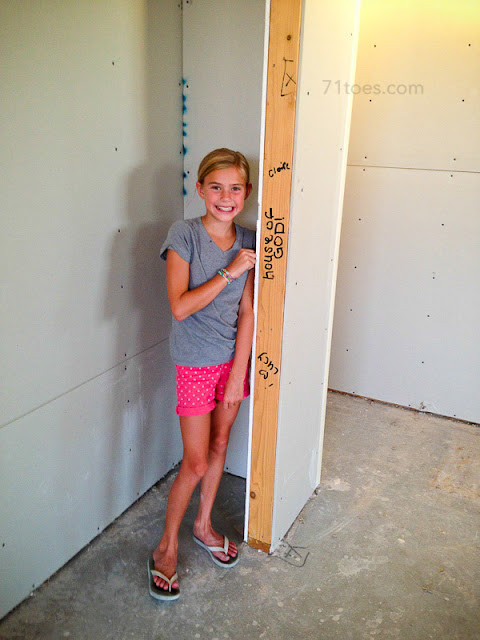 Of course, Rainbow Dash had to join in as well. 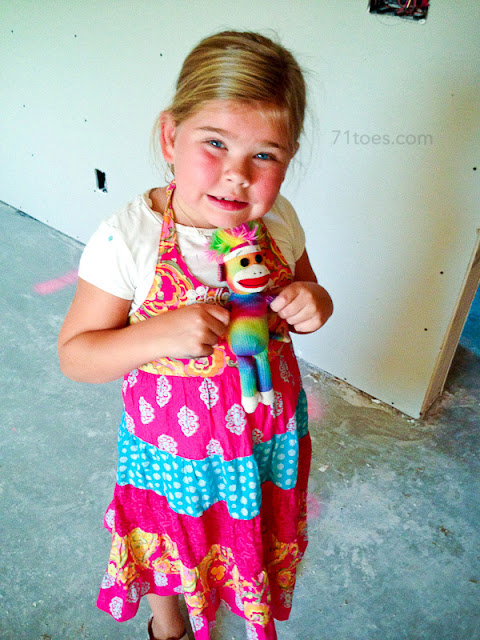 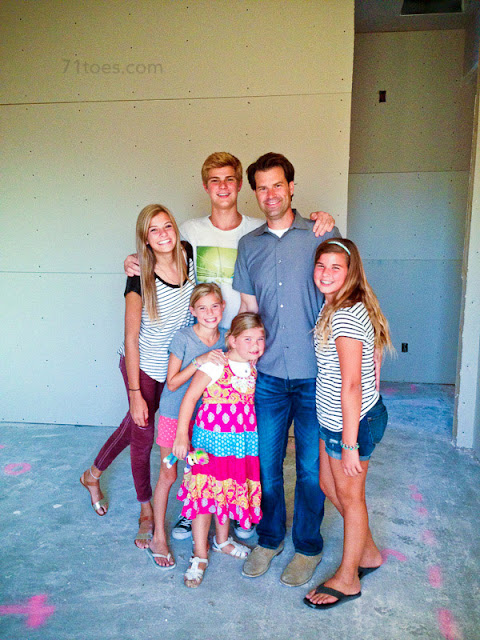 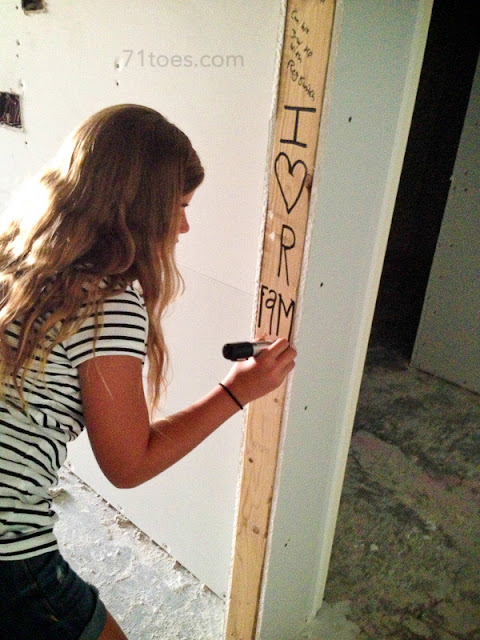 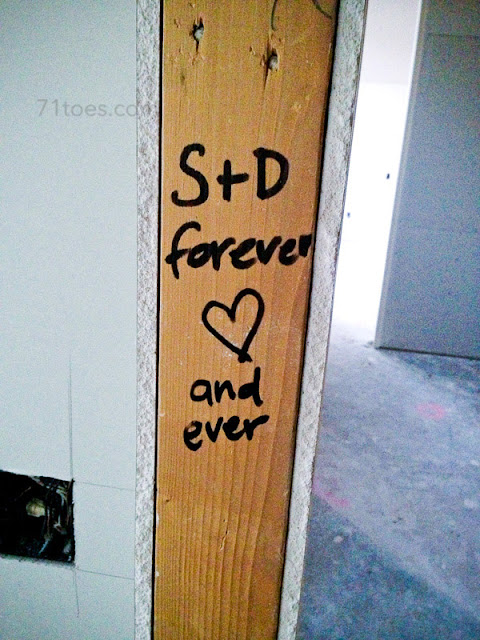 That mother watched, and as her family wrote things from their hearts to become the core of their home, her heart swelled and her eyes welled.

She hoped they would all think of those things they wrote every so often when their future selves were walking those halls and living in those rooms.

And she hoped that they would remember that words are powerful.  They can be just as much of a foundation for a home as beams and concrete are.