As we continue on with the demolition we have come to the firm realization that we are completely crazy.

What in the world were we thinking?

When we first embarked on this house remodel people we asked anyone we could for advice.

"Maybe you should just demo the whole thing and start fresh." was one of the comments we got most often when people looked at our plans.  We laughed at that suggestion because who in the world would do that?

But as we have dug deeper and deeper into this thing we have realized it would have been more cost effective to do just as they suggested.

When you start on a fresh build things are clean and you know what you've got.

When you completely remodel an existing home you have no idea what you're getting into.

There are so many walls we have needed to move that turned out to be load-bearing.  This means that you have to go get an engineer to re-draw them up and get the framers to re-do the work.

And it pushes the project back, and back again.

Plus no one told us it costs so much more to gently take things apart than it does to just bulldoze.

But this is a good house!  We love it and we're rolling with all the things we should have listened to and learning a lot more than we bargained for.

At least we have a few people who can benefit from the stuff we are changing.  My sis-in-law is using all our door handles and hinges, plus a few sinks. 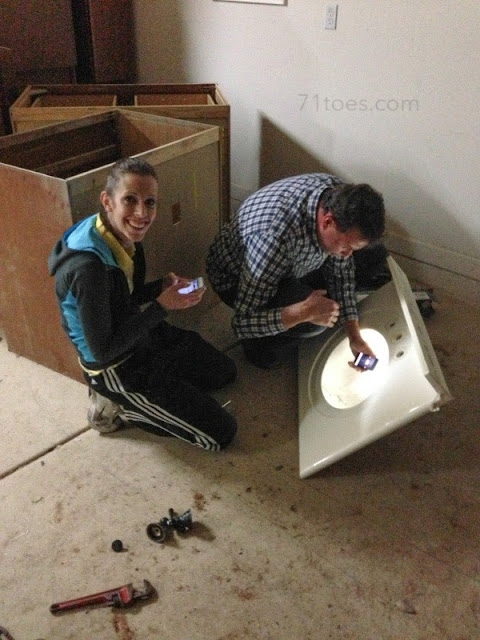 My brother is using a bunch of the cabinets to re-do his kitchen.

(They are both so good at fixing things up...)

More pictures of some of what they are doing to get ready to build what we want: 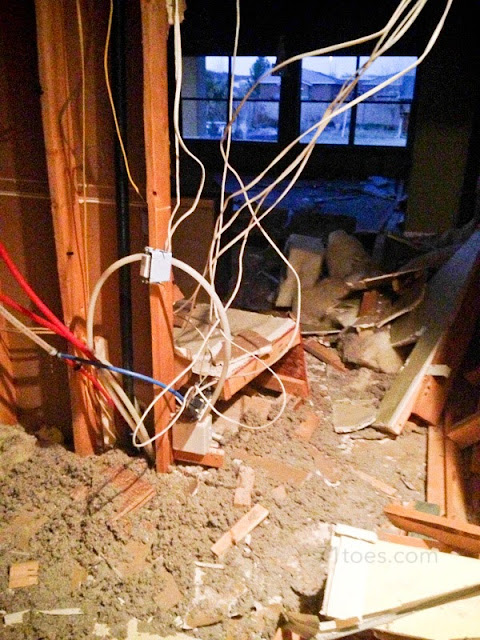 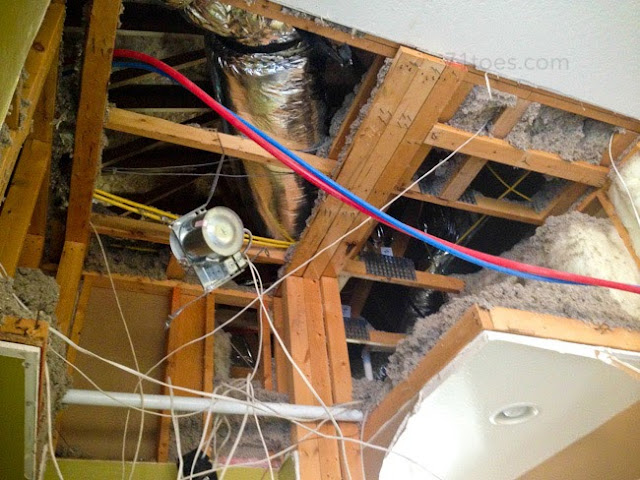 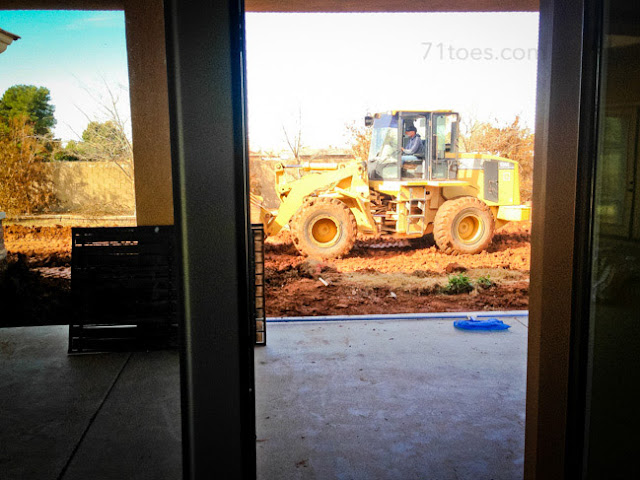 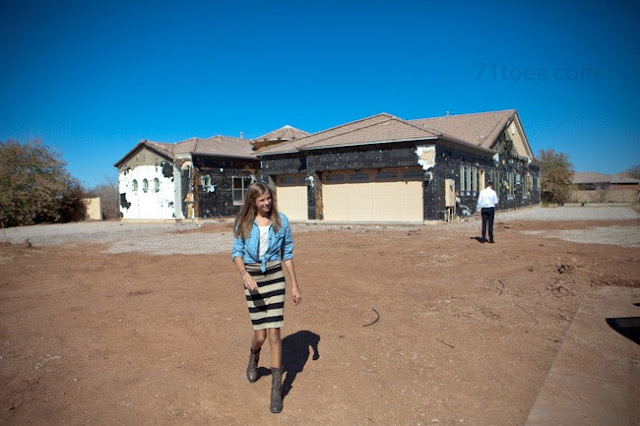 Dave and I pour over plans every day. 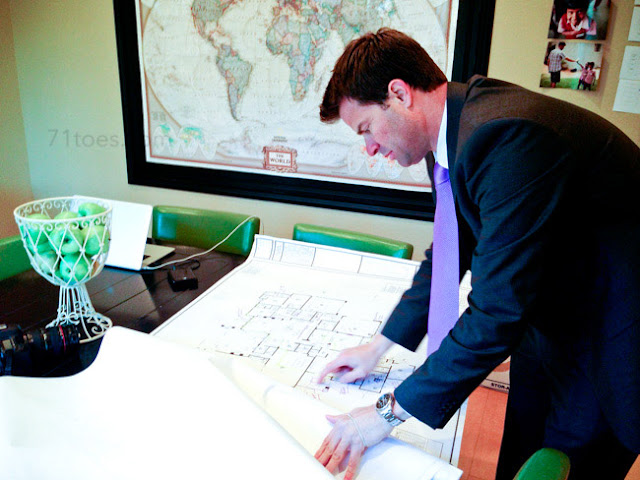 Although we do have a builder, Dave is pretty active in the process and he kinda likes it.
Posted by Shawni at 4:02 PM No comments:

Dave has always had a dream of building, and as our kids were getting older, their bodies and their friends taking up more and more space, and anticipating the quickly shrinking time we had together before college Dave started the hunt for a home we could make our own or a lot we could build on.

I love that our kids ride bikes to school with a slew of neighborhood kids every day.  I love that there are what seems like a hundred other moms who know our kids and look out for them.  And I love our ward (the church we go to) and all the people who I feel have helped raise our kids for the past eleven years.

We moved to the desert from D.C. when Grace was six months old.  We had rented homes in Utah and three different areas in Virginia, and were finally ready to put down some roots in the West.  We lived with Dave's parents for two months until we found this house where we have made our memories.

But I agreed with Dave that if we were going to move at some point we should probably do it sooner than later.  And how great would it be to raise our kids in the next "era" in a home that we really customized to be our own.  Of course, we could live in the home we are in forever.  We adore it and certainly don't need more than this.  It is gorgeous and we are so incredibly grateful for it.

But Dave has always dreamed of building a home and we both felt like it would be a good time to start looking.

Actually, Dave did.  (I had my head in the sand for kind of a long time and didn't make much effort.)

We thought a lot about building but could never find a lot in any areas we were in love with.

There was a house our friends told us their friends were selling at some point.  I never thought twice about it.  I'm really weird about some things I wanted and this one didn't quite have it.

But a year and a half later Dave asked if I would at least go look.

I did, and for the first time looking in a house I felt like that was a house we could really make our own if we switched a few things.  It just felt right for some reason.

And the rest is kind of history.

A year and a half after we bought the house we finally switched wards.

We were finally finalizing plans (they took FOREVER) and we figured we may as well get settled there if that's where we were going to be long term.  I mean, how long could it take to build, right?

But here we are eight months later and we are still a long ways from finishing this thing.

From the beginning I have wanted to start a blog to chronicle the steps.

Finally this early Saturday morning, my mind too ramped up on the decisions to be made swirling around in my head to sleep any longer, I decided I may as well write out some of my thoughts.

Because this thing is finally moving so quickly I can't keep up.

And I want so much to remember the process.

The "couple things I wanted to change" on this house to make it our own snowballed into changing a LOT.  Dave and I had no clue what we were getting into with this remodel.  We figured it would be easy-peasy.

Boy howdy were we ever wrong.

We kind of started to grasp it as we finished plans.  We wondered if what we were doing was smart as we got all the estimates back.  We dragged our feet.  It was such a huge decision and we were so nervous to actually commit.  But on January 28, 2013 our friend the cement guy started the demo a day earlier than he told us he'd have time for.

And suddenly it was go-time.  No going back.

In the beginning it was emotional for me to dig into this beautiful house.

I knew it would be hard, but never fathomed how emotionally sad it would be to change a home that held some other family's memories.   I felt like that crazy family in "Beetlejuice" that come and turn that great house into something else much to that couple who built it's chagrin.  And I just felt so sad that the people who sold us the house may see what we were doing to it (I'm sure they have) and feel bad that we were changing their memories.

But now we're past that stage of demolition (hallelujah) and the house is taking shape how we want it.

To me, this is the exciting part.

I want to keep a little log of what we've done so far to catch up so here goes.

Here's the house on January 29th.  This is the day they started a day early which catapulted us out of the "digging-our-heels-in-too-scared-to-actually-take-the-plunge" stage and planted us squarely in the "construction process."

They took out the three orange trees and lemon tree along the East side of the house to make room for the new garage and started knocking down the fence walls.

When I saw the orange trees gone so quickly I teared up.

It was the beginning of the gut-wrenching demolition phase.

But that night as I mourned the loss of those beautiful trees a gorgeous sunset creeped out and filled up the whole sky. 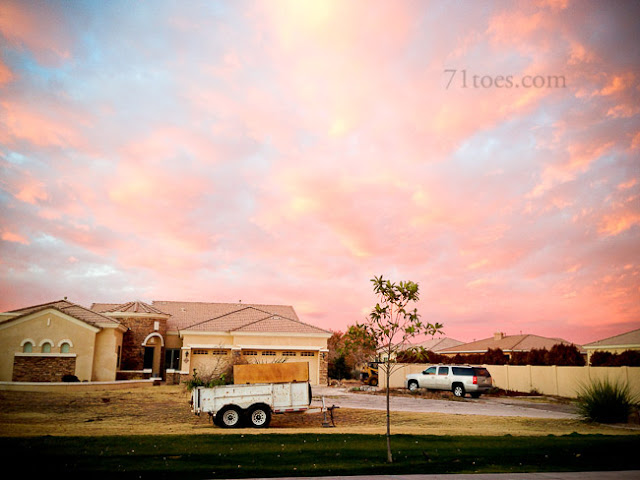 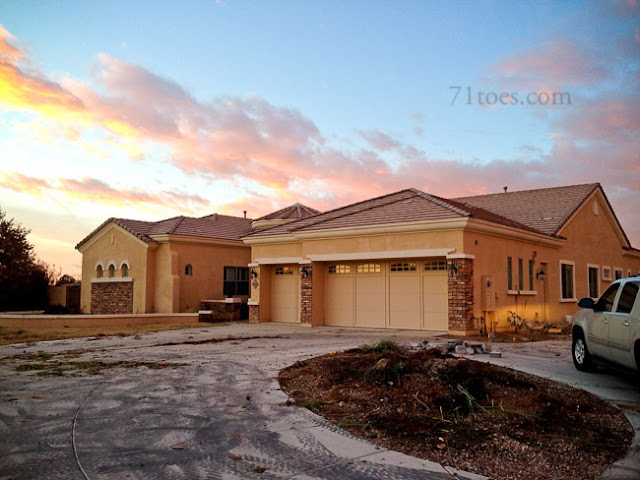 ...and somehow I knew it would all be ok in the end.